Peabody Coal Could Leave Its Mess Behind When Bankruptcy Hits 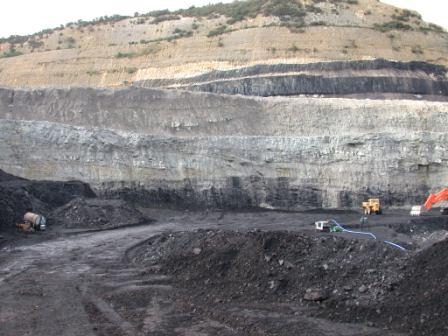 Environmental lawyers are questioning whether a storied U.S. coal company will have enough money left for a promised cleanup of its mines when it goes out of business, as it is widely expected to do.

“The risk is that Peabody’s responsibility to clean up from its mining operations will be washed away in a bankruptcy proceeding, and Illinois taxpayers will be left holding the financial bag,” said Howard Learner, executive director of the Environmental Law & Policy Center (ELPC). “That’s unacceptable.”

Once, “Mr. Peabody’s Coal” train was the stuff of folk history in Appalachian mining country. As one of America’s biggest coal companies, Peabody Energy was allowed to “self-bond” in several states against the cost of future site cleanups, essentially giving its promise to pay for mine restoration from its own resources when the time came, rather than being required to put up independent securities.

Now the U.S. coal industry’s future is murky, and the shutdown and restoration of Peabody mines in the Illinois River basin, at a probable cost of over $250 million, looms closer.

The ELPC has asked Illinois and Indiana to require Peabody to revise its self-bonding arrangement. Meanwhile, MWEN reports, “Peabody is proposing a debt swap to shore up its finances, offering three mines in the Illinois Basin and one in Arizona as collateral for credit holders.”