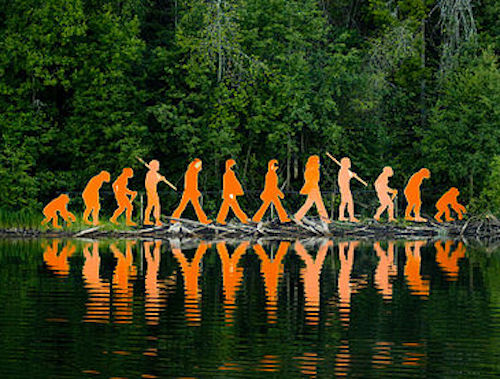 Humanity still doesn’t treat climate change with the same seriousness as terror threats, and U.S. public policy scholar Ruth Greenspan Bell says our evolution as a species may be to blame.

“Evolutionary responses favour real-time threats, not those that take place on an extended time scale,” Bell writes. “Shrinking Arctic ice cover, erratic changes in winter snow cover, or rapid shifts in heat and cold don’t provide the same sense of threat as our fear of terrorist attacks or other bodily harm.”

The challenge in responding to climate change “is that if you have to stop and think about whether a specific action or activity is threatening, that very process engages very different parts of the human brain, and not the ones that impel us to action,” she adds.

Consistent with other research on human response to crisis, she notes that “the hormones that flood through our bodies to provide increased strength and speed in anticipation of fighting or running won’t kick in when the threat is one that can only be understood through research and thought.”