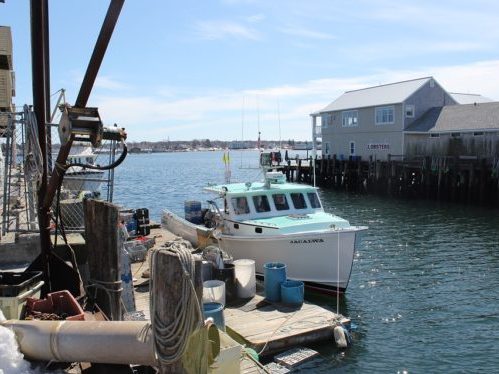 The rapid warming has “increased the prevalence of diseases that are turning sea stars to mush and killing lobsters by burrowing under their shells and causing lesions,” the Post reports.

“The outbreaks are so lethal, according to a biologist involved in both studies, that at least one species of sea star has vanished off the coasts of Washington and British Columbia and the lobster fishery, already decimated in southern New England, will likely be threatened in Maine.”

The sea star study, published in the Proceedings of the Royal Society B, “determined that ochre sea stars gradually became sicker as water temperatures rose slightly,” Fears writes. Researchers determined that the disease came from a virus the sea stars had carried for some time, but “warming waters and perhaps genetic change in the virus appear to increase its potency.”

The lobster study focused on a shell disease first observed in the late 1990s and attributed it to warmer waters. “One laboratory experiment that examined the effect of the bacteria detected them at 50°F,” the Post explains. “At that temperature, the disease moved slowly. But between 50° and 68°F, it progressed faster.”

Co-author Jeff Shields of the Virginia Institute of Marine Science noted that “shell disease has devastated the southern New England lobster fishery, and now with warming, it’s led to a situation where the Maine lobster industry may be at risk.”