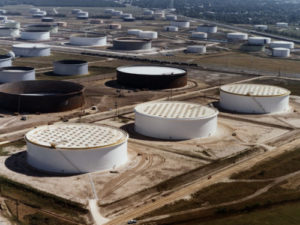 Oil traders are showing little confidence in the international scramble to cut back on fossil fuel production, despite a meeting Tuesday in the Qatari capital of Doha where Saudi Arabia, Qatar, Venezuela, and Russia agreed to freeze their daily output at January levels.

By mid-day Wednesday, benchmark Brent crude prices were up less than a dollar, to US$33.05 per barrel, and investors were projecting prices in the range of $40 per barrel through the end of 2017.

“Doha may have ended in an agreement, but it opens up more questions than it answers,” said analyst David Hufton of PVM Oil Associates. “All the meeting has done is highlight the difficulties in reaching any agreement. The market needs a cut, not a production freeze.”

Although Iran expressed support for the Doha agreement, agreeing on Wednesday to hold its own production at January levels, the country is still expected to dramatically increase output just weeks after the end of crippling international sanctions.

“An Iranian official, speaking before Wednesday’s meeting, said Iran would continue increasing its oil output to levels held before the 2012 trade sanctions imposed on the fourth-largest producer in the Organization of the Petroleum Exporting Countries,” Reuters reported later that day. “Tehran has been the main obstacle to the first joint OPEC and non-OPEC deal in 15 years, after its pledge to recapture market share lost to sanctions.”

Even if the major global producers come to a lasting agreement, global markets will face another challenge. “A sizeable, visible, and lasting cut would clearly send a bullish signal to markets— in the short term,” wrote analysts at Vienna-based JBC Energy. “But given U.S. shale players’ ability to bounce back, and U.S. investors’ desire to pounce amid a dearth of other opportunities, this could quickly re-stimulate production,” in which case “prices could arguably stay lower in the medium term.”