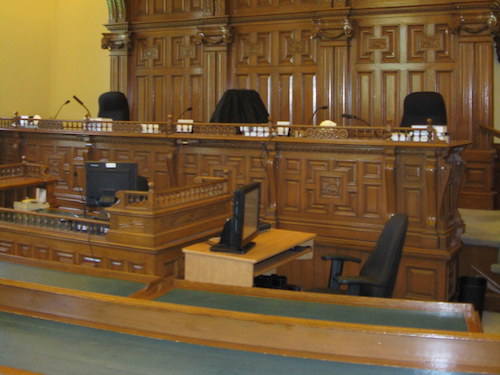 A coalition of Quebec environment groups has filed a court motion against TransCanada Corporation over its refusal to submit its controversial Energy East pipeline to provincial review.

“In the absence of a project notice, the government has had to jump through hoops to come up with an alternative process,” said coalition attorney Michel Belanger. “If that can happen for a project like this, it’s worrisome for the future.”

TransCanada has ignored repeated requests to file a project notice with Quebec’s environment ministry, claiming it is only subject to federal regulation.

“The coalition says Quebec’s environmental regulatory agency, which is set to begin hearings on Energy East on March 7, has been given a ‘truncated mandate’ because of the absence of impact studies,” CBC reports. “The government has tried to proceed in other ways but they don’t give citizens legal guarantees and, above all, it doesn’t give Quebec any power of authorization over the project,” Belanger said.