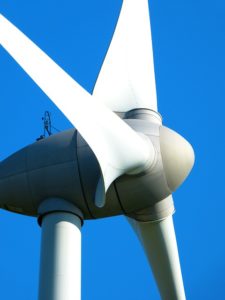 A doubling in market capitalization for Europe’s wind turbine industry and a record $329.3 billion in clean energy investment last year represent a “stunning riposte” to suggestions that crude oil prices courting historic lows below $30 a barrel might deflate the sector’s progress.

While oil and coal companies struggle amid a glut of unwanted product, Europe’s wind industry has conspicuously prospered, Bloomberg reports. The market value of the region’s three publicly traded wind turbine makers rose more than 100% in 2015. Market leader Vestas anticipates another sales record in 2016. A merger between Germany’s Siemens AG and Spain’s Gamesa Corp. Tecnologica SA, meanwhile, is about to create the world’s largest turbine producer.

“It’s a common misconception from some observers that oil still plays a direct role in power generation in the majority of countries, whereas that’s no longer the case,” said Bloomberg New Energy Finance analyst Richard Chatterton. “There isn’t any link between renewables and lower oil prices in the short term.”

“These figures are a stunning riposte to all those who expected clean energy investment to stall on falling oil and gas prices,” said Michael Liebreich, founder of the London-based research arm of Bloomberg LP. “They highlight the improving cost-competitiveness of solar and wind power.”

The robust continuing interest in renewables underscores what appears to be an historic shift of core energy reliance away from fossil carbon to clean sources. In recent months, both Canada’s largest pipeline company and the world’s biggest insurer have moved money out of fossil fuels and into thin air in the form of wind investments.