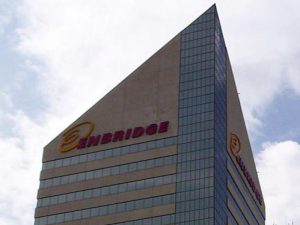 Canada’s much-criticized National Energy Board has reduced fines levied by its inspection and enforcement staff against Enbridge Inc. for the second time in two weeks.

Enbridge is the company behind the proposed Northern Gateway pipeline in Alberta and British Columbia, as well as the infamous Kalamazoo River spill in 2010, for which investigators later harshly criticized the company’s culture of lax safety compliance.

“The National Energy Board sent two letters last Friday, February 12 to Enbridge, Canada’s largest pipeline company, confirming that it was rescinding two fines, worth $104,000, explaining that its inspector or inspectors failed to make strong enough cases to uphold the proposed penalties,” the National Observer reports. A week earlier, the regulator reduced two fines totalling $200,000, levied against Enbridge for environmental and property damage, to a single fine of $76,000.

The Board, whose powers were expanded under the Harper Government, has been heavily criticized for giving the government incomplete, incorrect, and misleading advice and favouring the industry it regulates—and from which several of its members are drawn—over the public interest. In November, its staff was accused of harassing a whistleblower whose charges against his employer, TransCanada Corporation, were later vindicated. The same month, Canada’s Environment Commissioner reported after an audit that the NEB failed to adequately track nearly half of the pipelines under its oversight for compliance with its approval conditions.