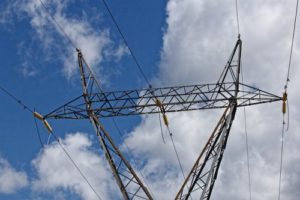 The last spike completed the Canadian ‘national dream’ of a coast-to-coast railroad 130 years ago, but you still can’t get an electron from Quebec to British Columbia. B.C. Premier Christy Clark thinks its time to change that, with a coast-to-coast electrical distribution grid that will help Canada meet its climate goals.

Clark has seen confidence wane in her economic strategy for the province, which has relied until now on the rapid development of natural gas deposits and exports. In what appears to be a change of stance, she is now pushing the federal government to spearhead the creation of a national power grid that would for the first time link existing regional and provincial systems across the country to allow them to exchange renewable electricity.

Quebec and British Columbia both possess significant hydro production assets, Clark argues, while other provinces continue to rely on fossil fuels for generation.

“If we had a hydro intertie that could carry a heavy load between British Columbia and Alberta,” Clark told CBC. “We’re 93% clean energy in B.C. We can easily help Alberta get off coal, and do it in a way that creates an east-to-west partnership.”

BC Hydro is currently expanding its hydro generating capacity with the start of construction of the Site C dam on the Peace River, in the province’s northeast, over strong opposition from environmentalists and local landowners.