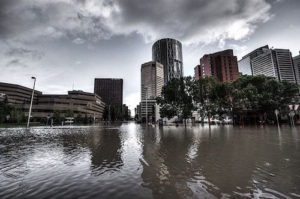 “Some of these economic instruments rely heavily on markets and work by setting an explicit price on an activity – such as the case with fees, taxes or markets,” the think tank notes. The report considers the possibility of withdrawing or redesigning disaster relief to “incentivize individual responsibility for adaptation actions.”

The group’s Tooling Up for Climate Change recommends actions on the part of the federal, provincial, territorial, and municipal governments to address climate adaptation priorities in four fields: forestry, infrastructure, real estate, and ecosystems. In general, it envisions the federal government undertaking more adaptation-related research and promotion, while more direct actions are left to provinces and cities.

Federal efforts to help the forest sector adapt, for instance, should focus on research into ways to modify fire suppression tactics in a changing climate, while provinces work with forest licence holders and First Nations to equitably distribute climate risk.