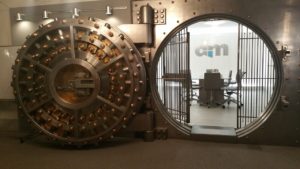 Companies that voluntarily disclose their carbon emissions save as much as US$1.2 million in interest charges, Dutch researchers have found. Companies with lower absolute emissions also reap benefits in lower loan costs, the Maastricht University team found.

The effect isn’t limited to loans from companies with explicit climate or emission-related lending protocols either, the researchers note. “Both effects exist for all bank loans and are not driven by whether so-called norms-constrained lenders are among the lead arrangers for the bank loans.”

The finding is likely to add to growing pressure for public companies to address their climate risk exposure. Last month an alliance of 62 institutional investors with more than US$1.9 trillion under management pressed the U.S. Securities and Exchange Commission (SEC) to enforce its own disclosure rules on carbon asset risk.