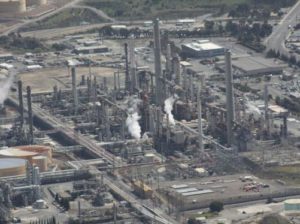 Neither a carbon tax nor a cap-and-trade emissions market will be enough to reach Canada’s emission-reduction goals, one of the nation’s leading energy economists argues.

Mark Jaccard, a professor of sustainable energy in the School of Resource and Environmental Management at Simon Fraser University, says that in the face of continued tar sands/oil sands production growth over the long term, only direct regulation of energy and transportation markets will achieve Canada’s goals.

Jaccard has advised Canadian governments on climate policy since 1989, and was among the authors of British Columbia’s much-admired 2008 climate policy—which included both regulations and a carbon tax. He has argued strenuously in the past for a moratorium on new tar sands/oil sands development.

Now, he argues in an essay in Policy Options, “the reality is that significant emissions reductions will happen only if we rapidly switch to zero- and partially-zero-emissions technologies. Fortunately, these are now commercially available. But they won’t be widely adopted unless technologies that burn coal, oil, and natural gas are phased out by regulations or made costly to operate by carbon pricing.

“If oil sands are allowed to expand to the limit recently set by the Alberta government,” Jaccard says, “a Canada-wide carbon price starting at $30 in 2017 must jump $10 each year to reach $160 in 2030.” Such an increase would be politically risky for the Trudeau government, however (and is the reason, Jaccard says, why previous leaders have persistently “balked” at the policy).

Instead, Jaccard urges Canada’s federal government to “do what serious jurisdictions do: regulate,” noting that Ontario’s ban on coal-fired power plants and a similar ban in B.C. were responsible for the largest drops in both provinces’ carbon emissions. He suggests that the government adopt vehicle emissions standards designed to favour zero-emission vehicles, and speed up deadlines set by the previous government for the phase-out of coal plants without carbon-capture technology.