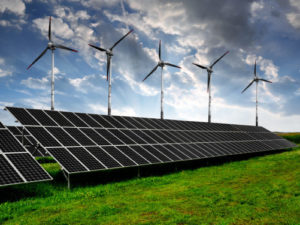 Carrots, sticks, and a ‘Robin Hood Tax’ are among the actions a panel of experts recommends in The Guardian “to mobilize the money needed to stop climate change.”

The newspaper convened its panel to consider pathways to the ambitious greenhouse gas emission reductions required to limit global warming to the 1.5ºC target adopted in December at the Paris climate summit.

The expert recommendations include introducing a small tax on financial transactions, the so-called ‘Robin Hood Tax’, to raise money for climate adaptation and mitigation financing. They also urged developed countries that pledged in Paris to raise a collective $100 billion a year for climate financing to use the money to offset private investment risk, leveraging an additional $900 billion in annual private sector investment.

Billions of dollars that governments currently dedicate to fossil fuel subsidies need to be redirected, “to drive investment in the direction of green energy rather than brown,” The Guardian panel says, citing Uruguay as a country that has done it right. “Uruguay is now a double world record holder: installing the most wind per capita and receiving the largest share of clean energy investment as a percentage of GDP.”

The group also calls on international funders to rebalance their financing to help vulnerable developing nations deal with the immediate effects of climate change. “Most global climate-related finance,” the paper notes, “is skewed toward mitigation rather than adaptation. But adaption money is needed [to fund] stronger early warning systems, address environmental refugees, and provide extreme weather insurance to 400 million more people in vulnerable countries by 2020.”