Greenland May Opt Out of Paris Accord, But Post-Oil Future Awaits 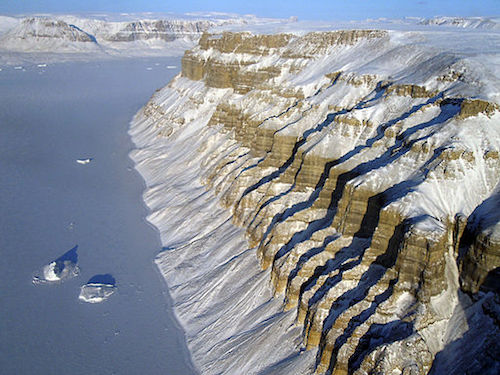 Greenland is threatening to opt out of the Paris Agreement, even though its rapidly-melting ice sheet is seen as one of the most serious contributors to future sea level rise.

“We have an emissions quota of 650,000 tonnes of CO2, which is the same as a single coal-fired power plant in Denmark, or a minor Danish city,” said Prime Minister Kim Kielsen. The self-governing territory within the Kingdom of Denmark is the least-densely populated jurisdiction on earth, making aviation the travel method of choice.

“We want to solve that issue as we have considerably larger geographical distances to cover,” Kielsen said in mid-December, just a couple of days after the UN climate summit concluded. Danish Prime Minister Lars Loekke Rasmussen said his country would ratify the Paris Agreement, but leave it to Greenland and the Faroe Islands to make their own decisions.

“We fought to secure a deal that accommodated the interests and positions of the Indigenous peoples, which wasn’t achieved in full,” he said. “But I believe that we share a view that it’s fundamentally a good deal.”

In a mid-March, 2014 blog post, Greenpeace International’s Jon Burgwald explored whether there’s a future for Greenland without oil.

“For the past four years I’ve been visiting the beautiful country of Greenland, trying to prevent dangerous oil drilling that would cause havoc to the unique and fragile wildlife and nature here,” he wrote. “But ever since I started working in the cold north, the people who live here, who have an inherent right to the lands and oceans, have asked me again and again what kind of future Greenpeace sees for them. They ask if we believe all of Greenland and its inhabitants should live in a ‘natural museum’ without any opportunities for development.”

Greenpeace set out to resolve that question by commissioning an independent study of Greenland’s options for local income and job creation. “The report shows that there is a vast potential for more sustainable development, socially, economically, and environmentally,” Burgwald noted. “By using these tools, the national income from key sectors (especially fisheries, tourism, and limited mining) can increase by more than 50% within the next 10 years.”