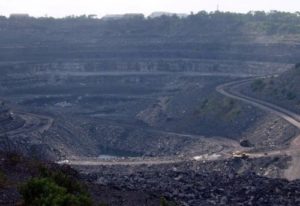 Bloomberg New Energy Finance reported this week that a record number of coal plants were shuttered in the United States in 2015, a year that ended with more than 65% of global production running at a loss. The news just keeps getting bleaker for the dirtiest form of carbon energy, as reports point to decisive turns away from coal in both large (China and India) and small (Vietnam) Asian nations.

China, long associated with a heavy reliance on coal widely blamed there for severe air pollution as well greenhouse emissions, used less of the fuel in 2015 than it did in 2013, according to government statistics noted last month by Fatih Birol, head of the International Energy Agency.

Burton cites an as-yet unofficial but potentially vastly more consequential shift in the region’s other mega-nation: India. China and Vietnam have made policy choices to shift away from coal. India’s government has gone the other way, ordering the national coal company, Coal India, to double its production by 2020.

Even in the face of that official policy, Burton reports multiple signs that Indians are turned away from coal. Courts have ordered sharp new restrictions on importers. One planned giant coal generating plant has been abandoned in favour of solar installation. And Coal India complains that it can’t sell the coal inventory it already holds.