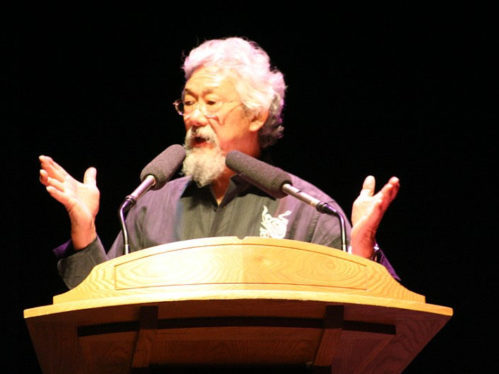 Scientist and activist David Suzuki says Stephen Harper should spend time in prison for his failure to address climate change while he was in office.

“I really believe people like the former Prime Minister of Canada should be thrown in jail for wilful blindness,” Suzuki said. “If you’re the CEO of a company and you deliberately avoid or ignore information relevant to the functioning of that company, you can be thrown in jail. And Canada is probably more vulnerable to climate change than any other industrialized country, because we’re a northern country and the warming is going on much faster. And we have the longest marine coastline of any nation, so sea level rise is going to affect us more.

“And to have a Prime Minister who for nine years wouldn’t even let the term ‘climate change’ pass his lips! If that isn’t wilful blindness, then I don’t know what is.”