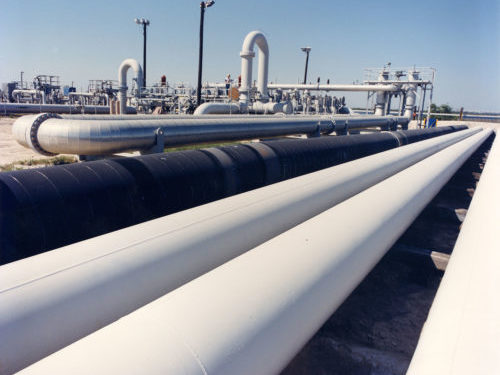 ExxonMobil shares fell 2.2% earlier this week after the company reported its lowest quarterly profit since September 2002 and announced a 25% cut in its capital spending this year, to US$23.2 billion.

Exxon reported profits of US$2.78 billion for the last three months of 2015, against $6.57 billion for the same period last year. “While our financial results reflect the challenging environment, we remain focused on the business fundamentals, including project execution and effective cost management,” said President and CEO Rex Tillerson.

Exxon also suspended a widely-used share buyback program in a move “surprised investors on Tuesday,” Reuters notes, in a dispatch that pegs the company’s buybacks at $210 billion over the last 10 years, $35 billion in 2008 alone, and $4 billion in 2015.

“Exxon was the poster child for that and they haven’t done so much of it lately,” said S&P Dow Jones senior analyst Howard Silverblatt. The aren’t the poster child anymore. “Bowing to the reality that crude’s sharp downturn is hurting its bottom line,” the news agency reports, “for the first time in 15 years, Exxon Mobil will only buy back shares to offset dilution as opposed to return cash to shareholders.”