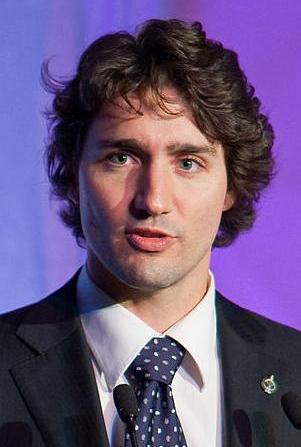 The mounting controversy over TransCanada Corporation’s Energy East pipeline could blow up into a “watershed moment” for the government of Prime Minister Justin Trudeau, aggravating decades-old tensions between east and west over oil and gas development, the Globe and Mail reports.

“The problem is the increasingly desperate situation in which Alberta finds itself trying to get its oil to new markets,” the Globe’s Gary Mason wrote late last week. “To do that, it needs pipelines and access to tidewater, on either the east or west coast. But the province is discovering it has very few allies in the country in its bid to make these pipelines a reality.”

Energy East has received a flood of political commentary and coverage since Thursday, when Montreal Mayor Denis Coderre came out against the project on behalf of the 82-member Montreal Metropolitan Community (MMC). While the project would deliver $2 million per year in economic gain, he told media, a major diluted bitumen spill would cost $1 to $10 billion to clean up.

The MMC’s opposition “is a serious, if not fatal, blow to Alberta’s hopes of getting this route developed,” Mason notes, “one that generally has been viewed as having the best chance of any of the pipeline projects on the drawing board.”

The dilemma for Trudeau begins with the “incredible resentment building inside Alberta,” he adds. “It suddenly feels isolated, perhaps even more so now that there isn’t a western conservative occupying the Prime Minister’s Office. Offering assistance to help Alberta transition to a less carbon-centric economy is not going to quite cut it as a federal response to the situation.”

Yet Trudeau is already on record with his view that pipeline projects must gain “public trust,” and “it’s going to be difficult, if not impossible, to achieve the necessary public trust to build Energy East given the developments of this week,” the Globe notes.

On CBC’s The House Saturday morning, Calgary Mayor Naheed Nenshi said Trudeau should endorse the project. “The prime minister said he didn’t like Northern Gateway, he has said he did like Keystone,” he told moderator Chris Hall. “I think it’s time for him to say he does like Trans Mountain and he does like Energy East.”

The previous day, Trudeau said he was “solidly in one camp,” supporting Premiers Rachel Notley of Alberta and Kathleen Wynne in their efforts to fight climate change while promoting economic development. “Canada can and should work together on economic issues for all of us,” he said. “I’m feeling very good about our capacity to indeed get our resources to market in a responsible and environmentally sustainable way.”

But while Nenshi suggested treating Energy East as a nation-building project, veteran Quebec affairs correspondent Chantal Hébert says that’s not likely. While Alberta, Saskatchewan, and New Brunswick are pushing hard for the project, Wynne and Quebec Premier Philippe Couillard have very little to gain by endorsing it. In Quebec, moreover, Coderre’s announcement brings “a sizeable federalist contingent” to a fight that was previously dominated by sovereigntist parties at the federal and provincial levels.

For Energy East’s supporters, “what has not panned out is their Pollyannaish strategy of selling the plan for an oil pipeline as a nation-building project—liable to bring the country together in the way that the railroad did in the 19th century,” Hébert writes.

In the Toronto Star, Environmental Defence Clean Economy Director Keith Brooks says it’s time for Wynne to declare herself against Energy East. The project hasn’t met the province’s conditions for supporting it, he notes, and the Ontario Energy Board determined last September that the risks to the province would outweigh the benefits.