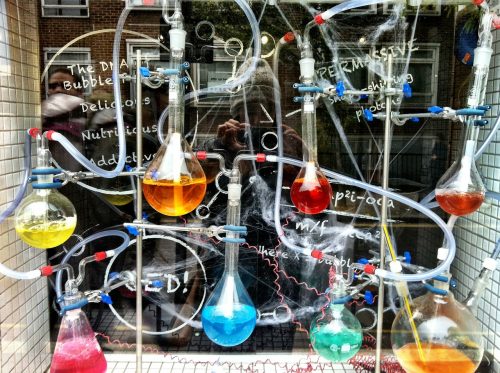 Fracking fluids contain a largely-undefined soup of chemicals, including many linked to reproductive and developmental health problems, according to a Yale University study published in the Journal of Exposure Science and Environmental Epidemiology.

The study covered 1,021 substances, the majority of which “had undetermined toxicity due to insufficient information,” YaleNews reports. The researchers determined that “further exposure and epidemiological studies are urgently needed to evaluate potential threats to human health from chemicals found in fracking fluids and wastewater created by fracking.”

The study team “lacked definitive information on the toxicity of the majority of the chemicals,” Greenwood writes. But they “analyzed 240 substances and concluded that 157 of them—chemicals such as arsenic, benzene, cadmium, lead, formaldehyde, chlorine, and mercury—were associated with either developmental or reproductive toxicity. Of these, 67 chemicals were of particular concern because they had an existing federal health-based standard or guideline.”

With the available data, the researchers couldn’t determine whether chemical concentrations exceeded the guidelines.

“This evaluation is a first step to prioritize the vast array of potential environmental contaminants from hydraulic fracturing for future exposure and health studies,” said senior author Nicole Deziel. “Quantification of the potential exposure to these chemicals, such as by monitoring drinking water in people’s homes, is vital for understanding the public health impact of hydraulic fracturing.” (h/t to Environmental News Bits for pointing us to this story)