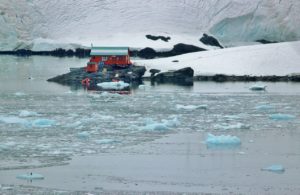 Science will guide Canada’s future decisions on the ocean areas to be designated for protection and what development, if any, will be permitted in those areas, Fisheries Minister Hunter Tootoo told CBC in an interview last week.

The minister confirmed the Trudeau government’s plan to set aside 5% of Canada’s oceans as marine protected area by next year, and 10% by 2020. So far, with 1.3% of its territorial waters protected under the Convention on Biological Diversity, the country places 119th in a global ranking of national marine protection efforts.

“The only way we’re going to be able to accomplish this is all of us working together, basically all hands on deck,” Tootoo told Lunn. “We’re going to have to look at how we’ve traditionally done this over the years, [with] just small little pockets of areas. But we also have to look at some of things other countries have done, like identifying large areas to protect, as well.”

Sabine Jessen, national director of the Canadian Parks and Wilderness Society’s Oceans Program, said Tootoo “has got a big job ahead” to hit the 5% target by 2017.

“The science is really clear that the best marine protected areas don’t have fishing, don’t have commercial fishing, don’t have industrial uses,” she said. But she pointed to “all the steps that are required to obtain legal protection. I think that’s going to be part of the challenge.”

Jessen described Tootoo’s approach as “very refreshing,” adding that “it feels like a whole new world on the marine conservation agenda.”