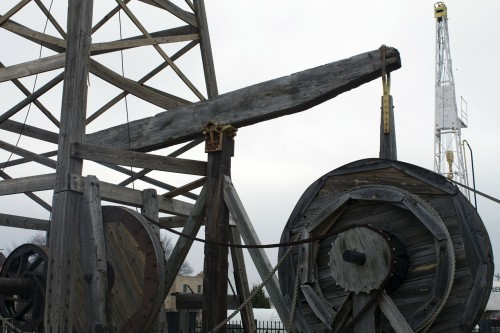 The American Petroleum Institute and officials from Mobil, Amoco, Phillips, Texaco, Shell, Sunoco, Sohio, and the companies that eventually became Chevron all knew about the possible risks of climate change as early as 1979, InsideClimate News reported late last year.

A previous InsideClimate investigation revealed that top executives at Exxon Corporation understood the dangers of climate change and its implications for the fossil fuel business in the mid-1970s. It turns out Exxon and the other fossil majors participated in an API task force that monitored and shared climate research between 1979 and 1983.

“Just as Exxon began tracking climate science in the late 1970s, when only small groups of scientists in academia and the government were engaged in the research, other oil companies did the same,” Banerjee writes. “Like Exxon, the companies also expressed a willingness to understand the links between their product, greater CO2 concentrations, and the climate.”

The task force “wanted to look at emerging science, the implications of it, and where improvements could be made, if possible, to reduce emissions,” its former director, James J. Nelson, told InsideClimate.

“API task force members appeared open to the idea that the oil industry might have to shoulder some responsibility for reducing CO2 emissions by changing refining processes and developing fuels that emitted less carbon dioxide,” Banerjee notes. “Yet by the 1990s, it was clear that API had opted for a markedly different approach to the threat of climate change. It joined Exxon, other fossil fuel companies, and major manufacturers in the Global Climate Coalition (GCC), a lobbying group whose objective was to derail international efforts to curb heat-trapping emissions.”