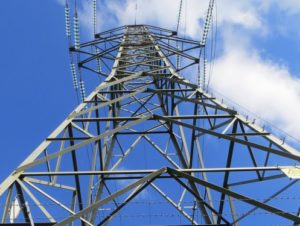 Power providers like NRG Energy can only grow by embracing the growth of clean energy, departing CEO David Crane wrote last week in a farewell letter to employees.

Crane was forced out of his position in December, 12 years after he took the helm of the company and diversified its energy mix after it emerged from bankruptcy in 2003.

In a March 2014 letter to shareholders, Crane had promised to diversify NRG’s energy portfolio and build its retail business into what Greentech describes as a “distributed energy powerhouse”.

But as pressure on wholesale electricity markets drove down the company’s stock price, “investors became wary of Crane’s spending on solar, electric-vehicle charging and home efficiency products,” forcing him to sell the company’s green assets to a separate public company and, ultimately, relinquish his position as CEO.

“I did not succeed in leading you, as I said I would, to making NRG that shining city on the hill, that beacon of light in the energy industry that would guide the way for the rest to follow,” Crane told employees.

But he warned that the “new frontier of the energy business” that he’d emphasized in his company strategy is still “in the long-term best interest of the company’s employees, its shareholders, its customers, and the earth we all inhabit. As a company that aspires to growth, there is no growth in our sector outside of clean energy; only slow but irreversible contraction following the path of fixed-line telephony.”

Crane added that “I intend to continue to do everything within my power to bring about the clean energy future as fast, as quickly, and as completely as we can achieve it. That the clean energy future is going to happen is, at this point, inevitable, but as we have seen with my own personal experience, timing is everything and the earth, as we know it, is running out of time. We need to act now.”