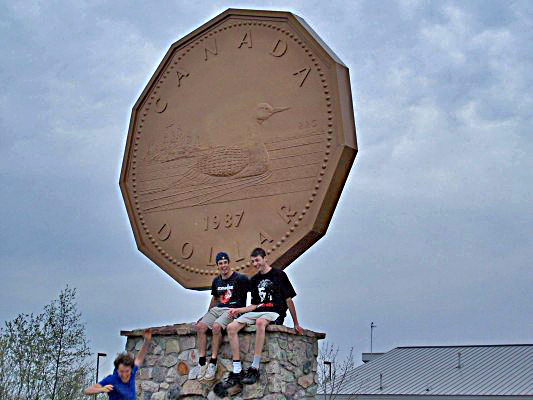 With “one of the world’s most battered petro-currencies,” Canada is “absolutely stuck in this very awkward place” where it can no longer try to succeed as a fossil fuel superpower, but will need time to re-establish a strong economy built on manufacturing and services.

That’s the sobering conclusion of a Bloomberg Business report last week, based on interviews with Canadian and U.S. economists.

A decade ago, under former prime minister Stephen Harper, “Canada set out to become an energy superpower,” the news service reports. But at the end of last year Canada’s currency, the loonie, “officially recorded its longest and deepest downturn since it became a floating currency in 1970. And there’s no relief in sight,” the news service notes. “The currency has lost more than a quarter of its value since 2012, falling to 72.27 U.S. cents from $1.01. That’s almost a penny a month.”

While Canada received high marks for weathering the 2008 economic crash relatively unscathed, the economy “has suddenly lost its footing” in an era of persistent low oil prices, Altstedter writes. “Canada is in the midst of an identity crisis,” said Bank of America senior economist Emanuella Enenajor. “In the 2000s, Canada was the commodity producer to the U.S. In the 90s, Canada was the manufacturer to the U.S. Today, Canada’s identity is unclear.”

It all looked so different shortly after the 2006 election, when Harper began touting Canada as an “emerging energy superpower.” The problem was that “we were becoming a one-trick pony,” Darcy Browne, head of institutional foreign exchange sales at Canadian Imperial Bank of Commerce, told Bloomberg. “What else has Canada done? We’re not diversified enough.”

As oil became more dominant and Ontario’s auto sector declined as a proportion of Canadian exports, the loonie “effectively joined the ranks of petro-currencies. The correlation between movements in the price of oil and the loonie has increased five-fold since 2000, according to data compiled by Bloomberg. In 2015, while all commodity-exporting countries faced currency pressure, the Canadian dollar was more sensitive to oil price movements than such petro-states as Mexico, Norway, and Russia.”

Which is why diversifying the economy will be an important challenge for the new federal government of Prime Minister Justin Trudeau, ex-Bank of Canada Governor David Dodge told Bloomberg. “The road [Dodge] sees ahead is to restore the emphasis the Mulroney government in the 1980s and the Chretien government in the 1990s placed on building up the manufacturing and service sectors,” while arresting a decade of neglect in the country’s technological development, Altstedter reports.