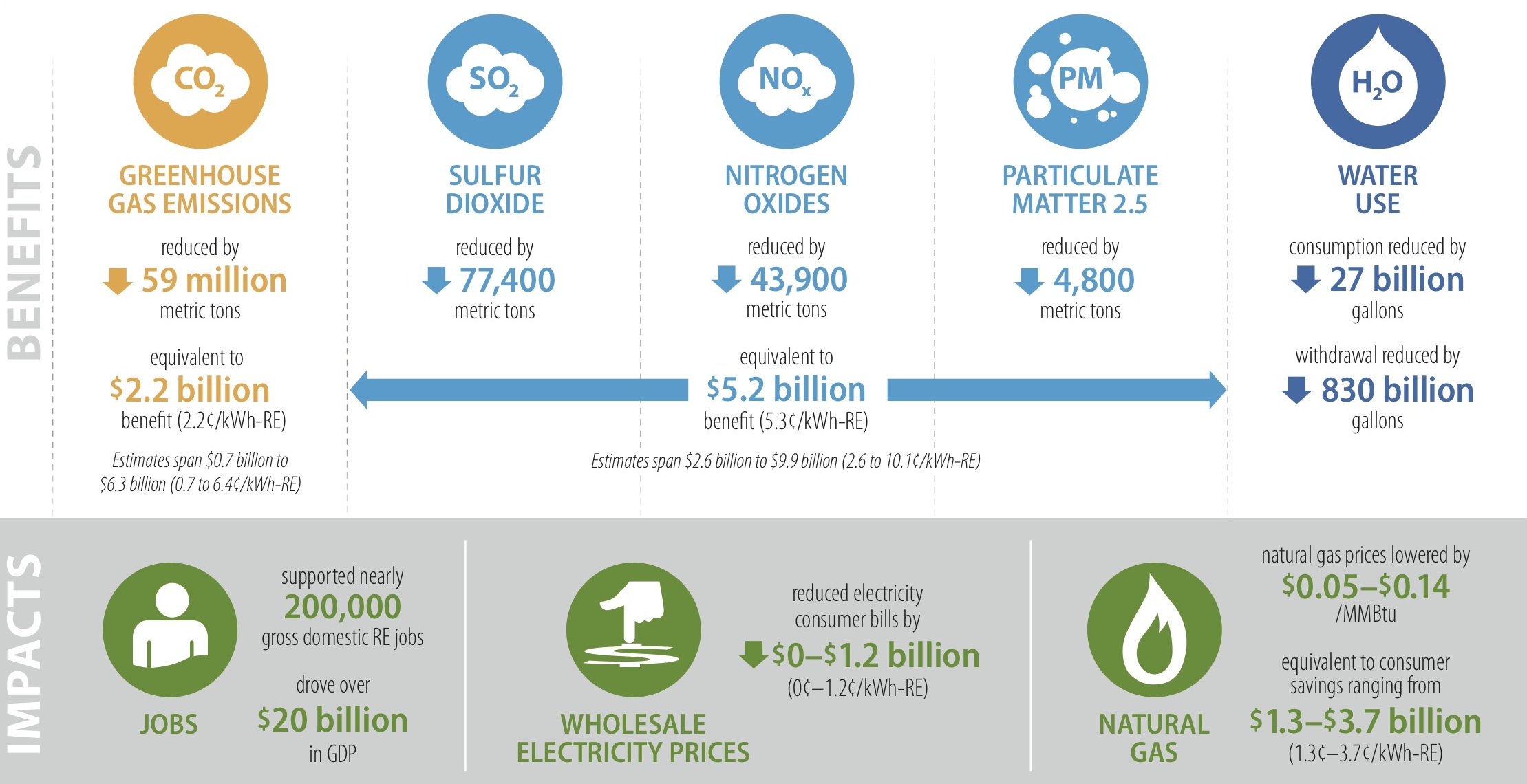 The economic benefits of renewable portfolio standards (RPS) in 2013 were seven times greater than the costs in the 29 U.S. states that introduced them, according to an analysis released this week by the Lawrence Berkeley National Laboratory and the National Renewable Energy Laboratory.

The report “found an average of $2.2 billion in economic benefits from reduced greenhouse gas emissions, and another $5.2 billion in benefits from reductions in sulphur dioxide and other air pollutants,” Greentech Media reports. “These figures are much higher than the roughly $1 billion in annual compliance costs (that is, higher electricity prices) that have come about as a result of state RPS mandates between the years 2010 and 2013.”

The savings exclude “the potential for billions of dollars in reduced natural gas costs and wholesale electricity costs,” St. John writes, “although these additional cost reductions come at the expense of the companies that make money on generating electricity from fossil fuels.”