South Florida Could Have Less Than a Half-Century Left 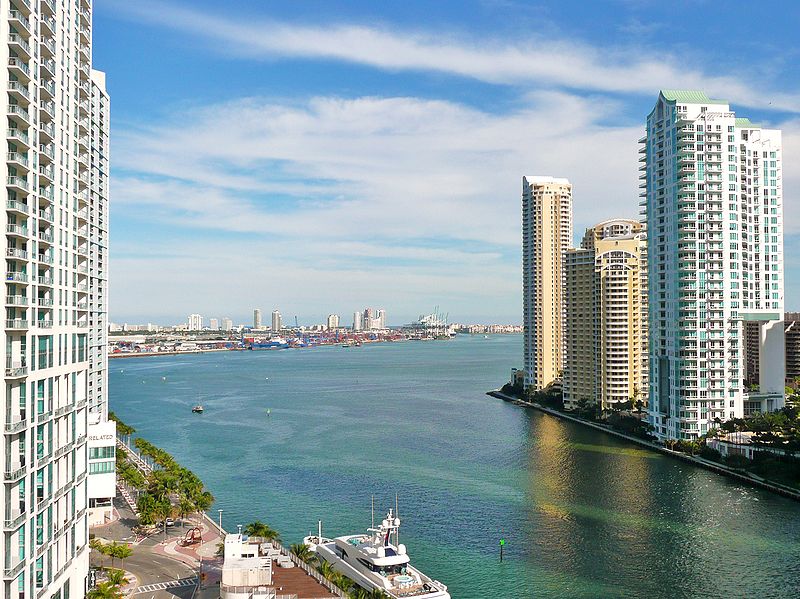 Much of the land in South Florida could have less than half a century left before it is overtaken by rising seas, according to a New Yorker magazine feature titled The Siege of Miami.

Veteran journalist Elizabeth Kolbert recounts her visit to Miami Beach with Hal Walness, chair of geological sciences at the University of Miami, who’s spent nearly a half-century studying the region. She reports routine flooding in underground garages, drowned lawns, and floating garbage cans in a city that is just beginning to see the early effects of sea level rise brought on by climate change.

“This is today, you know,” Wanless told Kolbert. “This isn’t with two feet of sea level rise.” Official agencies calculate rises of three to 6.5 feet by 2100, but Wanless believes those projections are likely low. “Many geologists, we’re looking at the possibility of a 10- to 30-foot range by the end of the century,” he said.

“To cope with its recurrent flooding, Miami Beach has already spent something like a hundred million dollars,” Kolbert writes. “It is planning on spending several hundred million more. Such efforts are, in Wanless’s view, so much money down the drain. Sooner or later—and probably sooner—the city will have too much water to deal with. Even before that happens, Wanless believes, insurers will stop selling policies on the luxury condos that line Biscayne Bay. Banks will stop writing mortgages.”

On Grist, correspondent Katie Herzog points to a decidedly non-geological factor that is slowing down the region’s response to sea level rise. “South Florida, unfortunately, is also saddled with a state government that is unwilling to address climate change,” she writes, after Gov. Rick Scott banned officials from using the term.

“With no state leadership on climate change, local governments have had to take action. Four South Florida counties—Broward, Miami-Dade, Monroe, and Palm Beach—came together in 2010 to form the bipartisan Southeast Florida Regional Climate Change Compact,” she explains. “But it’s not enough. Without state, national, and global action on climate change, Florida will continue to disappear. And with Scott and [Republican Sen. Marco] Rubio in office, action seems unlikely.”