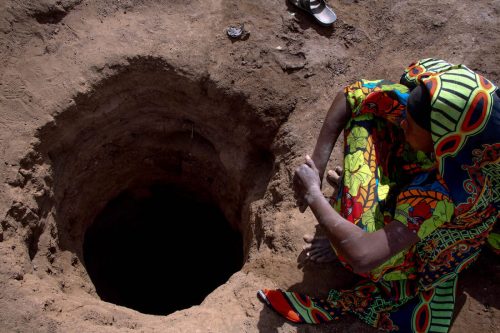 Governments must act immediately to end conflicts and counter the impact of climate disruption so as to avoid a humanitarian catastrophe affecting millions.

LONDON, 30 December, 2015 – The global humanitarian system, designed to save those at risk of dying because of human or natural disasters, faces unprecedented demands in 2016 from levels of strain it has never before had to face, a leading development agency says.

With more than 10 million people in a single African country expected to need international help next year, Oxfam says the effects of a super El Niño will intensify the pressures on a system already struggling to help people devastated by conflict.

If governments act now, Oxfam says, relief can reach those in the greatest need while there is still time. But if they don’t the crisis will overwhelm it and its counterparts who provide relief, and they will not be able to save those at risk.

Oxfam estimates the El Niño weather system could leave tens of millions of people facing hunger, water shortages and disease next year, and says it is already too late for some regions to avoid a major emergency.

In Ethiopia the government estimates that 10.2 million people will need humanitarian assistance in 2016, at a cost of US$1.4 billion, because of a drought which is being exacerbated by El Niño.

Oxfam plans to reach 777,000 people there to ensure they have clean water, sanitation and emergency food and livelihood support. But it faces a funding gap of $25m.

“Aid agencies are stretched responding to the crises in Syria, South Sudan and Yemen. We cannot afford to allow other large-scale emergencies to develop elsewhere. If the world waits to respond to emerging crises in southern Africa and Latin America, we will not be able to cope.”

The UN says the number of people forced to flee their homes by conflict has reached 60 million, a level unknown since World War II.

In some regions the crisis is close. Food shortages are expected to peak in southern Africa in February. South Africa has already designated several provinces as disaster areas because of drought. Malawi’s national food security forecast for 2015–2016 estimates 2.8m people will require humanitarian assistance before March.

“If the world waits to respond to emerging crises in southern Africa and Latin America, we will not be able to cope”

Oxfam says governments and donors could be acting now to help people cope with drought or flooding, for example by conserving soil and water, reducing livestock, and ensuring the early treatment of malnutrition. A recent study by the UK government’s department for international development (DfID) found that on average these kinds of measures cut the cost of responding to an emergency by 40% per person.

El Niño is a natural phenomenon that occurs in the eastern Pacific roughly every seven to eight years. It takes its name from the Spanish term for the infant Christ, because it was observed in South America around Christmas. It can affect countries thousands of miles away.

Although El Niño is not directly caused by climate change, Oxfam says, global warming makes it more likely that strong El Niños will develop. And, in turn, El Niños involve the release of a large amount of heat from the Pacific, exacerbating climate change.

Oxfam says the effects of this year’s strong El Niño should remind world leaders that they will need to continue to take strong climate action if they are to keep global warming to less than 1.5°C above pre-industrial levels. This month’s Paris Agreement, reached at the UN climate talks in the French capital, aims to keep the world below 1.5°C.  – Climate News Network