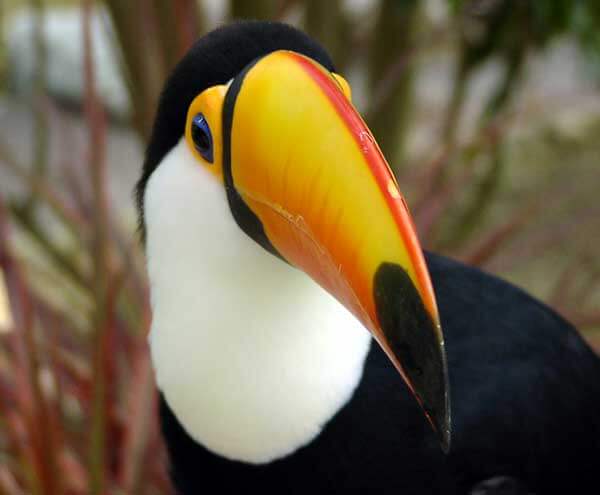 Climate change imperils many forest-dwelling species, including those which are vital in helping the trees to regenerate by spreading their seeds.

LONDON, 27 December, 2015 – Climate change is a threat not just to the large predators that keep ecosystems healthy or to the mammals that feed on the fruits and foliage of the forests.

It could trigger even more global warming by extinguishing those animals that help maintain the forests as substantial reservoirs of atmospheric carbon, according to Brazilian, British, Spanish  and Finnish scientists.

So far the worries about the consequences of climate change on biodiversity have been in one direction: researchers have repeatedly warned that manmade climate change presents a hazard for a large proportion of the planet’s more vulnerable species.

But researchers from São Paulo State University, the University of East Anglia and the University of Helsinki report in the journal Science Advances that they looked at the problem the other way round: what would mammalian extinction do for the forests?

The question matters because the forests store 40% of the world’s terrestrial carbon, and the clearing, burning and degradation of the world’s forests is responsible for somewhere between 7% and 17% of global carbon emissions.

However, they write, tropical carbon faces another silent threat: the loss of the large fruit-eating birds and mammals that disperse seeds and make possible the regeneration of hardwood species that bear large seeds. An estimated one in five of the forest vertebrates are under threat from hunters.

So the São Paulo team took a closer look at what went on in Brazil’s Atlantic forests, and studied the lifestyles and behaviour of 813 species containing 101,211 individual animals that were important to more than 2,000 trees in 31 communities. They found that, without help from the bigger fruit-eaters, the ones more appetising to the hunters, the trees were in trouble.

“Large birds and mammals provide almost all the seed dispersal services for large seeded plants,” said Carlos Peres from the University of East Anglia in the UK. “Several large vertebrates are threatened by hunting, illegal trade and habitat loss. But the steep decline of the megafauna in over-hunted tropical forest ecosystems can bring about large unforeseen impacts.”

“We show that the decline and extinction of large animals will over time induce a decline in large hardwood trees. This in turn negatively affects the capacity of tropical forests to store carbon and therefore their potential to counter climate change.”

Time and again, researchers have found that diversity is the key to a healthy ecosystem: the greater the variety of life, the healthier and more resilient the habitat becomes. In crowded ecosystems, there are many intricacies of interdependence involved in species survival.

Professor Mauro Galetti from São Paulo State University said: “The big frugivores [fruit-eaters], such as large primates, the tapir, the toucans, among other large animals, are the only ones able to effectively disperse plants that have large seeds. Usually, the trees that have large seeds are also big trees with dense wood that store more carbon.”

And Carolina Bello, a PhD student from São Paulo State University, and the lead author, added: “When we lose large frugivores we are losing dispersal and recruitment functions of large seeded trees and therefore the composition of tropical forests changes. The result is a forest dominated by smaller trees with milder woods which stock less carbon.” – Climate News Network