Ex-Pipeline Exec Imagines the Unthinkable: No New Pipelines, Ever Again 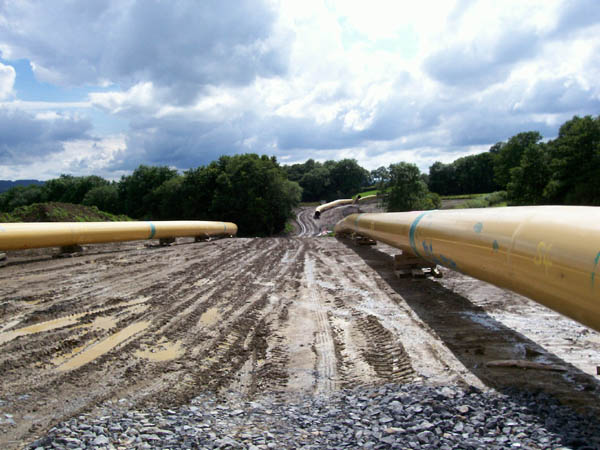 A retired Canadian pipeline executive is coming to grips the possibility that, with a fair decision process that actually takes community views into account, the country may never build another pipeline again.

“What’s the point of a regulatory process if Canadian politicians aren’t willing to defer to it?” Dennis McConaghy asks in a December 14 op ed on iPolitics. “Canada is perilously close to a place where no one can justify undertaking such projects.”

Which is unfortunate, he says, for companies that follow rules he believes to be onerous enough already. “In the normal course of events, regulatory approval should be something these projects can expect,” writes McConaghy, a visiting fellow at Western University’s Ivey Business School and former executive VP at TransCanada. Because “no responsible company can justify putting hundreds of millions of dollars at risk to pursue regulatory approval if the odds of getting approval are uncertain.”

So McConaghy is not at all pleased with the Trudeau government’s plans to toughen pipeline regulations and ensure Indigenous communities have a greater say in projects that affect them. “If these intentions are translated into actual policy, they’ll only further harden the regulatory and legal obstruction of major hydrocarbon infrastructure projects, reducing any prospects for growth in Canada’s hydrocarbon production sector over time,” he warns. “That would help Canada reduce its future carbon emissions—but at what great cost to the Canadian economy?”

From McConaghy’s point of view, greater market access for Canadian fossil fuels should have been a quid pro quo for the energy and carbon policy announced last month by Alberta Premier Rachel Notley. “How much broader do they intend to make the scope of regulatory reviews for such projects?” he frets.