THE DEAL: Paris Marks Beginning of the End of Fossil Fuel Era 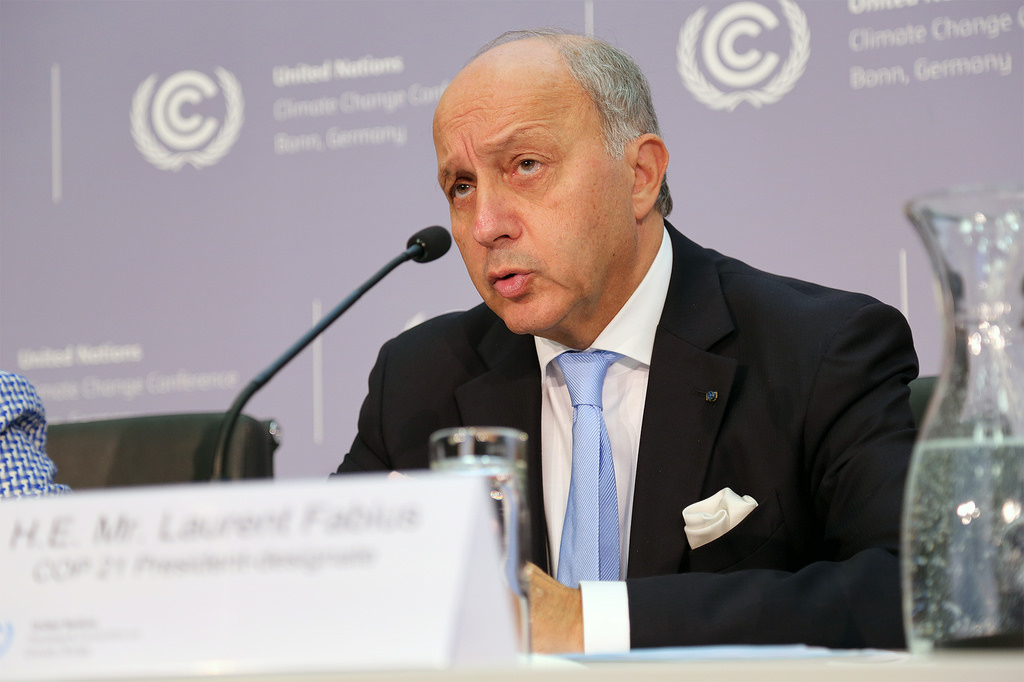 Representatives of nearly 200 countries have signed on to a hard-fought global agreement on climate change that observers and analysts are hailing as the beginning of the end for fossil fuels.

The Paris Agreement sets a 1.5°C limit on average global warming as a long-term goal and commits to a goal of zero greenhouse gas emissions by the second half of the century. It sets up the next “political moment” for international climate negotiations in 2018, when countries will review their national carbon reduction targets, or Intended Nationally Determined Contributions (INDCs).

“Under the deal, countries will have to publish greenhouse gas reduction targets and revise them upward every five years, while striving to drive down their carbon output ‘as soon as possible,’” CBC notes.

The deal also extends financial support for vulnerable countries through 2025 to help them adapt to the impacts of climate change and reduce their greenhouse gas emissions by switching to renewable energy. It sets a four-year window to discuss support for countries that suffer loss and damage due to the unavoidable impacts of climate change. And it grounds climate action in a recognition of human rights, Indigenous people’s rights, and the need for a “just transition” for fossil fuel workers.

“Critics said the agreement would still condemn hundreds of million of people living in low-lying coastal areas and small islands, after U.S. negotiators demanded the exclusion of language that could allow the agreement to be used to claim legal liability for climate change,” the Guardian reports. “But supporters said the negotiations took a significant step forward in getting countries to act together on a global challenge of immense complexity.”

Many of the agreement’s hallmark provisions were very much in doubt as little as 24 hours before the final gavel. And in the end—inevitably, with nearly 200 countries and multiple negotiating blocs at the table—the deal was a compromise that leaves a lot of work to be done. “We are not nearly where we need to be yet, but this is a very good moment for the world and Canada played a real role in getting us here,” Green Party Leader Elizabeth May told CBC.

Other observers in Paris said the agreement sends a clear signal to businesses and investors that the fossil fuel era is coming to an end. “Investors across Europe will now have the confidence to do much more to address the risks arising from high-carbon assets and to seek opportunities linked to the low-carbon transition already transforming the world’s energy system and infrastructure,” wrote the International Investors Group on Climate Change, a network with €13 trillion in assets under management.

“This universal and ambitious agreement sends a clear signal to governments, businesses, and investors everywhere,” said ex-U.S. vice president Al Gore. “The transformation of our global economy from one fuelled by dirty energy to one fuelled by sustainable economic growth is now firmly and inevitably under way.”

“The economic and environmental implications of this deal for Americans are staggering,” added Joe Romm on the ClimateProgress blog. “In the near term, it will unlock an accelerating, multi-trillion-dollar shift in capital investment away from carbon-intensive coal and oil, which were the cornerstone of the first industrial revolution, into clean technologies like solar, wind, LED lighting, advanced batteries, and electric cars. It means far less harmful carbon pollution will be emitted in the coming years.”