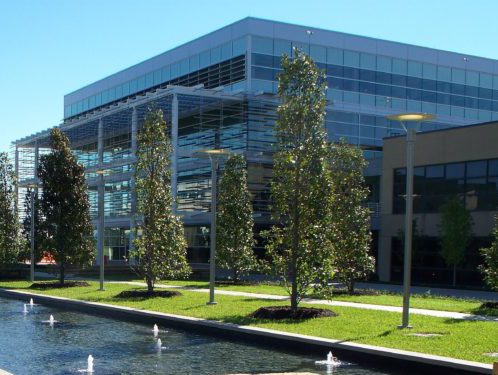 Reading this indoors? That building you’re sitting in is part of a global infrastructure responsible for up to half of human greenhouse gas emissions. Recognizing that fact, the COP21 summit was the occasion for the first global meeting under the auspices of the U.N. Framework Convention on Climate Change to break out buildings as a specific action front. Some foundations were laid.

“Over the next two decades, we will be building and renovating over 900 billion square feet of buildings,” said Ed Mazria, founder of Architecture 2030. “This is the equivalent to 60% of all of the current built environment, or like building a New York City and its greenhouse gas emissions every 35 days.”

Implied in that astonishing figure is the opportunity to make the equivalent of a new New York City energy efficient roughly once a month.

Initiatives to encourage that outcome included commitments by 150 global companies to reduce energy use in their facilities by 50%. The World Green Building Council announced that its affiliates in Canada, Australia and South Africa have begun work on zero-energy building certifications, which may become the focus of a broader global initiative.

Coincidentally, Energy Manager Today blogs that green retrofits are fueling a US$303 billion injection into the U.S. economy, according to the U.S. Green Building Council. In 2015, the green construction industry will generate 2.3 million jobs in the country.