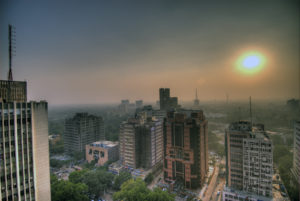 A group of 40 global megacities that includes Mumbai, Mexico, New York and Lagos, released research at the Paris climate summit showing that city-level actions could reduce global greenhouse emissions by the equivalent of zeroing-out all of the United Kingdom’s CO2 releases within five years.

C40 Cities Climate Leadership Group (C40) and Arup, a U.K.-based international engineering consultancy, identified 27,000 things that cities could do to reduce their greenhouse emissions. “Of these,” C40 said, just “2,300 high-impact, readily deliverable actions … could save a massive 450 MtCO2 by 2020.” The lengthy short-list would cost about US$6.8 billion to implement, Arup estimated.

The mayors of Vancouver, Edmonton, Toronto, Montreal and Halifax are among those representing Canadian cities in one of the C40 group’s initiatives, the Compact of Mayors dedicated to transparent disclosure of their communities carbon footprints. Vancouver’s mayor has gone further than most, promising to make his city fossil-fuel-free by 2050.