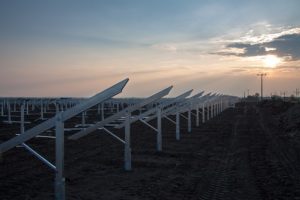 All three North American governments, along with Europe, are in secret trade talks in Geneva that could handcuff their ability to induce a necessary shift of trillions of dollars from fossil to clean energy investments. The Guardian reports that Canada, the United States and Mexico, with the EU and 18 other countries, are negotiating a ‘Trade in Services Agreement (TiSA) that could prohibit pro-renewable subsidies in the name of ‘technological neutrality.’

The goal of the proposed TiSA is the further liberalization of markets representing 70% of world trade to services such as intellectual property, banking, e-business, telecommunications, marine shipping and  and professional services.

But a draft of the Annex on Environmental Services that appeared on WikiLeaks, indicates that trade remedies “shall apply … irrespective of the energy source dealt with, technology used, [or] whether the energy source is renewable or non-renewable.”

“This is the great climate change swindle,” charged Rosa Pavanelli, general secretary of the Public Services International union. “As ambitious targets are being discussed in Paris, in Geneva the means to achieve them are being negotiated away in the interests of the largest corporations”