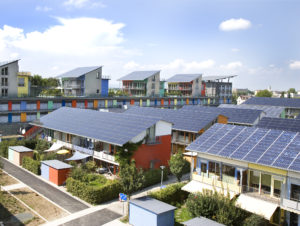 Small solar got a big break in recognition when the U.S. Energy Information Administration (EIA) released monthly statistics on energy generation that for the first time distinguished contributions from small distributed solar systems, from large, utility-scale solar installations. Turns out, small is pretty big: one-third of all U.S. electricity generated by solar during September came from small-scale rather than utility-scale installations: about 1.2 MWh of power.

The EIA’s report found that 40% of America’s distributed solar PV assets are in California. New Jersey, Arizona, Massachusetts and New York state round out the top four—illustrating if nothing else that latitude and chilly geography are no hurdle to enthusiasm for rooftop solar.