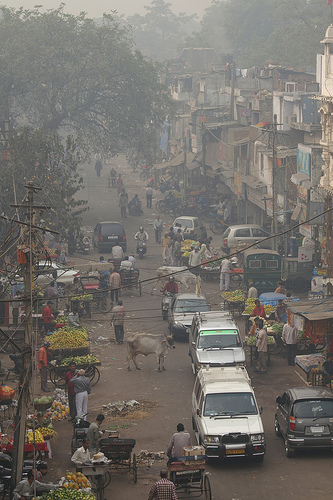 Yellowknife, Northwest Territories emergency physician Dr. Courtney Howard traveled to Paris to put a letter signed by more than 150 doctors and doctors-in-training in the hand of her country’s negotiators, urging them to keep health impacts clearly in mind during their deliberations at the United Nations climate summit in Paris.

After handing the letter to Environment and Climate Change Minister Catherine McKenna on the fringes of the summit, Howard said McKenna “was really receptive” to the delivery.

The doctors’ letter, also published in the National Observer, reminds Canada’s negotiators that “climate change is the greatest threat to global health in the 21st century,” according to the World Health Organization (WHO). In Canada, those threats can take the form of ER visits by children suffering from asthma due to smoke from wildfires, and elderly shut-ins dying of heat stroke in major cities like Toronto.

Meanwhile the WHO has blamed air pollution typically associated with the use of coal or other fossil fuels for one out of every eight deaths worldwide.

The doctors’ letter urges countries to “phase out fossil fuel subsidies and instead use this public money to accelerate the transition to renewable energy, protect fresh water, and support climate-friendly agriculture.”