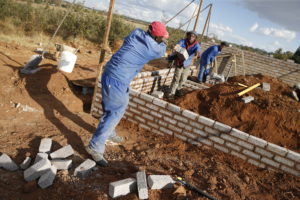 Developing country delegates and civil society representatives are pushing back against a method of calculating financial contributions for climate change adaptation that donor nations want to include in the Paris climate change agreement.

At issue is a methodology developed by the Organization for Economic Co-operation and Development (OECD) that factors in funding that is not principally intended for climate change mitigation, as well as the very high proportion of loans and credit guarantees in the overall fund.

In 2009, wealthy countries promised US$100 billion in global climate finance by 2020, and the choice of methodology determines how countries will measure the gap between promise and action. Developing countries have been expressing dire concern about funding for efforts to adapt to climate change, as well as the principles for recognizing and addressing “loss and damage” from unavoidable climate impacts like severe weather and rising seas.

“Five years after the 2009 Copenhagen commitment to mobilize $100 billion per year by 2020, the headline figures of $52.2 billion mobilized in 2013 and $61.8 billion mobilized in 2014 suggest that considerable progress has been made. But those figures deserve a closer look,” writes Annaka Peterson Carvalho of the Adaptation Finance Accountability Initiative. While donor countries assert their prerogative to define what counts, both the politics to reach an agreement in Paris and the scale of resources needed to address the climate challenge, demand more than generous accounting.”

Of the $52.2 billion allocated in 2013, only about $13 billion took the form of outright grants, Carvalho writes. “This means that the bulk of it was private finance and loans (both concessional and non-concessional) which countries will need to pay back.”

While private financing plays a vital role in global climate response, “poor people’s resilience to climate change relies on basic essential services and public goods that require public finance,” she adds. “Things like disaster risk reduction and early warning systems don’t generate profits for private investors. While the private sector may invest in measures to protect their own property or supply chains, they will not be able to serve the broader public interest and needs of vulnerable communities.”