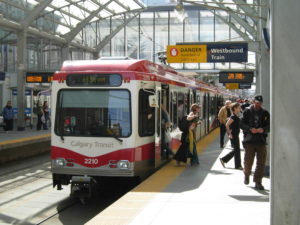 A $75-billion public investment over the next five years could create a million climate jobs by 2020, while cutting Canada’s carbon pollution by more than one-quarter, according to a Thursday afternoon panel at the UN climate summit in Paris.

A backgrounder circulated at the session co-hosted by the Canadian Labour Congress and Climate Action Network Canada, calls for public investments of C$18.8 billion in public renewable energy, C$24.2 in building energy efficiency, C$21.6 billion in public transit, and C$10.4 billion in “higher speed rail transport” over the next five years.

“A $74.9 billion expenditure is an ambitious but viable financial commitment to make,” the backgrounder states. A “viable pay-as-you-save” program that reinvested dollar savings from energy efficiency would cut the total cost of the program by almost one-third.

Unifor President Jerry Dias said Canada’s drive to decarbonize will have a deep impact on the automotive, aerospace, mass transportation, and other production industries, as well as fossil fuels. “We’re kidding ourselves if we talk about the changes coming to our country as ‘transition,’” he said. “Let’s call it what it is. Transformation.”

The 3,500 members of Unifor Local 707A in Fort McMurray, Alberta understand and support the need for drastic emission reductions, but they need and are entitled to a promise that “you will not be left behind without a job, without a home,” Dias said. “There has to be a just transition.”

Unifor supported Alberta’s climate leadership plan, and “please do not underestimate what that means,” Dias told participants. But as companies like Suncor, GM, Bombardier, and General Electric prepare to embrace the new economy, “we have no intention of allowing our members to be left behind.” Union members “know how to make it work at the point of production,” but Canada’s coming economic shift will have to include skill training, adjustment funds, and green fund investments—as well as a carbon price on shipping to discourage offshoring, and level the playing field with jurisdictions that don’t price carbon.

She added that many of the tools that once enabled effective international governance have been stripped away over the last three decades. “We still live in occupied times,” she said.

For his part, Murray said the billions of dollars flowing from carbon pricing in Ontario, Quebec, Alberta, and British Columbia will be available to help fund the transition, setting the stage for a powerful partnership between governments and labour. There are bound to be disagreements along the way, he added, “but I don’t think anyone disagrees with retrofitting our houses and making them net zero, drastically reducing heating and cooling costs, and driving a jobs revolution.”