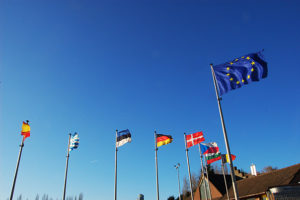 Misuse of international carbon offset credits could deeply undermine the European Union’s plan for a 40% greenhouse gas reduction by 2030, participants heard during a Wednesday evening breakout session at the United Nations climate summit in Paris.

But at the same time, the continent could face serious political consequences if certain types of carbon credits are left out of the Paris Agreement.

Panelist Femke de Jong of Carbon Market Watch used the term “hot air” to refer to tradeable carbon permits that don’t result in actual emission reductions. If the Paris agreement is to lead to real-world action, “it’s very important to make sure that some of the hot air we’ve seen in the past will not happen again,” de Jong said.

The concept of additionality has long been applied to carbon markets—an offset isn’t considered legitimate unless it applies to an emissions reduction that would not have taken place without the funds the offset provided. But de Jong said the Kyoto Protocol made it possible for some countries to set their carbon targets higher than their actual emissions at the time. That practice resulted in a large stockpile of permissible emissions equivalent to 11 gigatonnes of “hot air”.

These lax market rules could create a 430-megatonne gap in the EU’s 2020 emissions target, with about 75% of available offsets going to non-additional credits, de Jong said. The EU’s carbon reduction plan through 2030 will exclude international offset credits after 2020, and it won’t permit pre-2020 credits to be carried forward.

But to keep “hot air” out of the Paris agreement (presumably leaving it in the negotiating rooms, where it belongs?), she urged negotiators to set appropriate regulations for carbon markets, introduce an international accounting framework that avoids overcounting, and ultimately replace carbon offset products with financial support to developing countries, with the emission reductions staying with the country of origin. The new international carbon regime must also exclude land use offsets unless they are permanent.

Panelist Damien Meadows of the European Commission acknowledged that the UN has to get carbon credits right. “Double-counting should be avoided, and all parties should support avoiding double-counting.” But even though “credits are not well looked upon” in the European Parliament or by member states, he warned that some approaches to the problem could result in limited market participation by Russia and Ukraine.