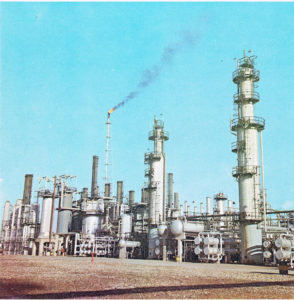 While welcoming a recent treaty that will see international sanctions lifted at the end of the year, Iran is courting a rush of oil and gas development that could add to a global petroleum surplus, potentially further weakening prices and adding to the competitive challenge for clean energy.

With sanctions imposed in 2011 due to be dropped on January 1st, 2016, Iran recently pitched 70 oil and natural gas projects, valued at US$30 billion, to foreign investors at a two-day conference in Tehran. According to Bloomberg,  52 of the 70 projects put up for auction are oil and gas developments and 18 are exploration blocks. They are in addition 34 oil and gas developments already under way with Royal Dutch Shell Plc and Lukoil PJSC, among other international companies.
Bloomberg reports that Iran won’t have a problem selling an additional 500,000 barrels of oil a day once the sanctions are lifted. By 2020, its government plans to boost total oil output to 5.7 million barrels a day, says Roknoddin Javadi, the managing director National Iranian Oil Co, a state-run oil company. Nonetheless, the increase in oil reaching world markets won’t have a significant effect on oil prices, insists Amir Hossein Zamaninia, Iran’s deputy oil minister for international and commerce affairs. Iran could sign its first 20-year energy development contract as early as March or April.