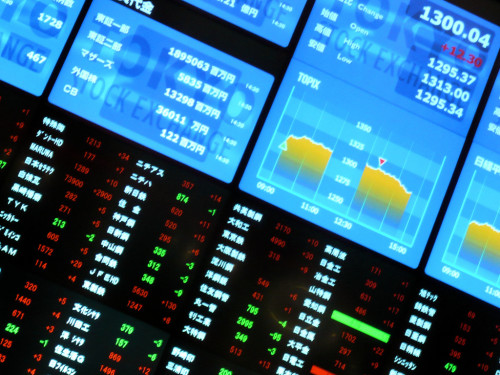 Bouyant forecasts say that the world could be running entirely on renewable energy by the middle of the century, with plummeting prices for solar power a key mobilizer of that transition. So why, Julia Pyper wonders in GreenTech media, are the values of solar stocks on American equity exchanges “plummeting”?

Globally, renewable energy installations are outpacing fossil fuel investments. In the huge U.S. energy market, photovoltaic installations are expected to be up by 25 percent this year over last, after posting 30 per cent gains in 2014 over 2015.

Yet several photovoltaic market leaders have seen their share prices trimmed in recent months, Pyper notes. Solar utility SunEdison, headquartered in Missouri and touted as recently as mid-year as having the potential to emerge as the world’s first renewables-based “energy supermajor,” lost more than a third of its value in a single day last month, after disappointing returns from its acquisition earlier in the year of the second-biggest U.S. installer of residential photovoltaic systems.

A number of other solar issues have also fallen from earlier highs, Pyper notes. Among them are SolarCity and Sunrun, also U.S.-based PV installers, down 58 and 43 per cent respectively, and manufacturer Canadian Solar, off 45 per cent. “It’s a bizarre confluence of events,” SunEdison’s former chief strategy officer, Julie Blunden, told an industry audience last month.

Among the possible causes of the malaise, Pyper reports, are the impending reduction next year in a U.S. federal solar tax credit, and investor inability to see past the slump in fossil energy stocks. A further downdraft is blowing from a decline in value of so-called ‘yield-cos’: subsidiaries created by companies like SunEdison to hold operating assets and deliver low-risk dividends to investors. The yield-cos have lost allure, Bloomberg Business News has reported, as investors anticipate a rise in U.S. interest rates.