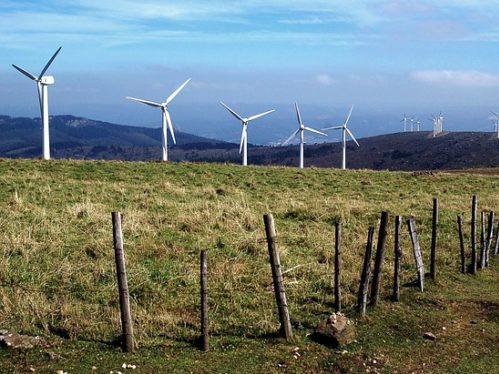 Global greenhouse gas emissions nearly stabilized in 2014 with an increase of just 0.5%, compared to average annual growth of 4% over the last decade, the Netherlands Environmental Assessment Agency reported last week.

“The slowdown last year occurred despite the global economy growing by 3%, suggesting a ‘decoupling’ between GDP and emissions,” the Guardian reports. “It is likely that the very high global annual emission growth rates, as observed in the years 2003 to 2011, will not be seen in the coming years,” said the NEAA, one of the world’s leading authorities on emissions data.

The Dutch data show that “Chinese emissions went up 0.9% in 2014, the same amount as the U.S., as it used more gas for heating,” Vaughan and Neslen write. “India’s emissions jumped by 7.8%, while the European Union’s emissions dropped by an ‘unprecedented’ 5.4%, but the Indian increase was the largest contributor to global emissions growth in 2014 and effectively cancelled out the EU fall.”

The four jurisdictions account for 61% of global emissions. While India showed the highest growth, it still had the lowest GHG output in the group—2.34 gigatonnes (Gt), compared to 3.42 Gt for the EU, 5.29 for the U.S., and 9.01 for China.

The Guardian says the emissions data could explain some of the positioning going on ahead of the United Nations climate summit, which opened this morning in Paris. Some participants at the recent G20 meeting in Turkey accused India of holding back progress toward a robust global deal.

“When you have 196 parties, the easy way out is to agree a minimalistic agreement,” said EU Energy and Climate Commissioner Miguel Arias Cañete. “We will work day and night to have an ambitious agreement that is fit for the purpose.”