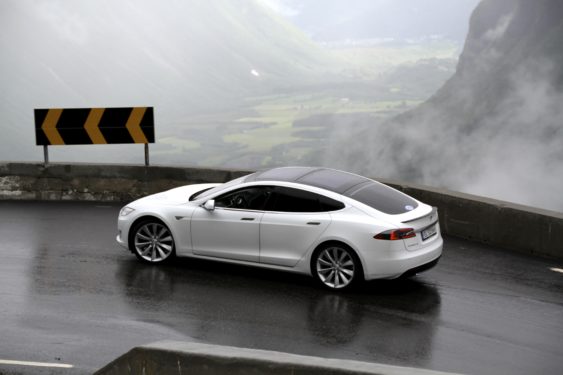 Tesla’s voluntary recall of all 90,000 of its Model S vehicles is just a momentary blip compared to the bigger challenges ahead, analysts concluded this week, after the company discovered and acted on a single improperly anchored front seat belt in one of its cars in Europe.

“The recall has nothing to do mechanically with the drivetrain or the batteries. Those would be serious problems,” said Chief Investment Officer Vahan Janjigian of Greenwich Wealth Management. “But aside from that, investors’ expectations are really unrealistic. The people who are bullish on Tesla seem to think there’s no limit to how fast the company can grow.”

The company’s larger issues include competition in the luxury electric vehicle market and “a rapidly depleting war chest,” the International Business Times reports. More fundamentally, “Tesla’s promise to investors that it will sell 500,000 cars per year by the end of the decade is an immense challenge, even without the mechanical flaw in its vehicles.”

Tesla’s investors are looking for revenue growth and expansion, not immediate profits, IBT notes. “That means growing sales, and then growing sales even more. This year the company expects to deliver up to 52,000 cars, up from about 33,000 last year. But Tesla investors are buying shares on the bet that the automaker is on its way to selling 500,000 cars a year by 2020, a staggering 862% rise from this year’s target.”

Scaling up that far, that fast will mean serious investments in manufacturing capacity for a business that had US$1.43 billion in cash and US$2.55 billion in current liabilities at the end of September 2015, Young writes. “Tesla is running out of cash, but I’m sure they’re going to issue more stock,” said Janjigian. “The question is, when do we reach the point where investors question the value of the stock?”