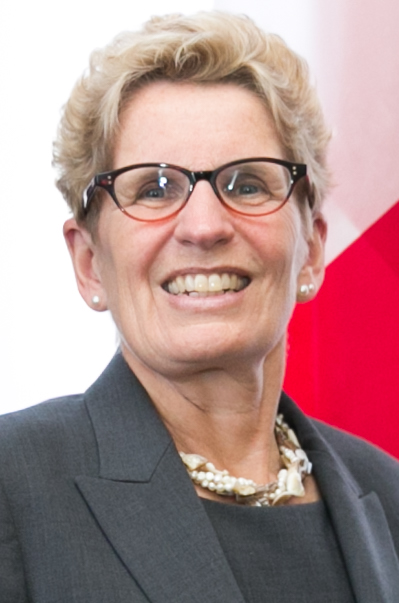 Ontario Premier Kathleen Wynne sketched a long-term climate plan that will cut the province’s greenhouse gas emissions 80% from 1990 levels by 2050, but told reporters this week that full details won’t be released until the new year.

“What we are announcing today is not the chapter and verse and details of the five-year strategy, it’s not the final design features of the cap-and-trade system,” she said. “We need a framework within which to do, yes, the cap and trade, but the other things we know are necessary.”

She added that Canada’s largest province “will work on a range of projects, from getting more electric cars on the roads to changing the building codes to create more environmentally friendly buildings,” CBC reports. “The province plans to link its carbon trade system with ones in California and Quebec, and estimates the plan could bring in C$2 billion a year in revenue for the Ontario government.”

By 2020, said Environment and Climate Change Minister Glen Murray, the province will aim to cut emissions 15% from 1990 levels.

Asked how much the plan would cost Ontario families, Murray said some revenues from cap and trade might go back to citizens. And he pointed out that climate disruption is already hitting peoples’ grocery bills. “The world has taken long enough to act globally that people are already going to pay,” he said.