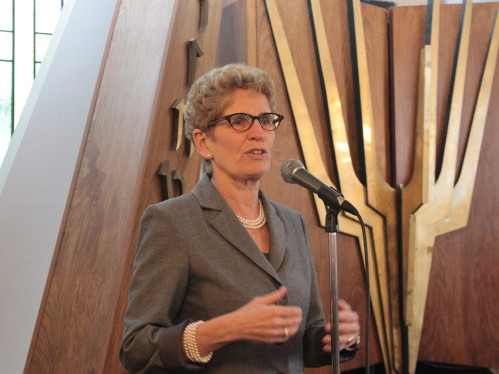 The plan will raise up to C$2 billion per year in revenue, “which Premier Kathleen Wynne pledged would be reinvested in projects to help the province get to a lower-carbon economy,” the Globe and Mail reports.

“A cap and trade program will promote productivity and innovation to transition Ontario households and businesses to a low-carbon economy while reducing the risk of carbon leakage,” states a provincial discussion paper released last week. Ontario will link its program with cap and trade systems in Quebec and California, to “help level the international playing field by harmonizing carbon prices across jurisdictions.”

The system will apply to industrial and institutional emitters that produce at least 25,000 tonnes of greenhouse gas emissions per year. Emitters will be issued carbon allowances that they can use themselves or trade in a series of quarterly auctions set to begin in March 2017.

“The document shows there are a lot of rules still to be worked out, such as which sectors or companies should be covered by cap and trade, which ones should get free carbon allowances to help them adjust to the system, and who should make those decisions,” Leslie writes.

The Clean Economy Alliance, a coalition of 80 business, labour, farm, and environmental groups, endorsed the push for carbon pricing but expressed concern about the number of emitters that could receive free allowances. “If so-called energy-intensive and trade-exposed firms don’t have to pay for any of their emissions, there’s not much incentive to reduce those emissions,” said CEA spokesperson Keith Brooks of Toronto-based Environmental Defence. (Disclosure: Smarter Shift is a member of the Clean Economy Alliance.)