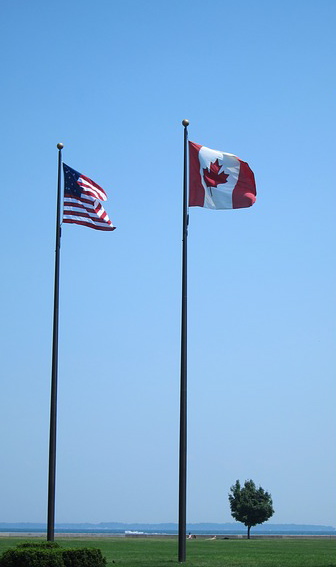 Three different analyses this week point to the opportunity for the United States and Canada to reset their energy relationship and bring a new line of reasoning to climate and energy policy, in the wake of President Barack Obama’s decision last Friday to decline a permit for TransCanada Corporation’s Keystone XL pipeline.

“Many politicians and pundits in Canada reacted predictably,” wondering what the decision “will mean for our oilsands sector and what needs to be done to make Canadian oil more acceptable to an increasingly climate-conscious world,” write Clean Energy Canada Executive Director Merran Smith and Policy Director Dan Woynillowicz.

“But the more telling response was from Canada’s new prime minister,” Smith and Woynillowicz add. “Rather than bemoaning the decision or berating the U.S. administration for its choice, Justin Trudeau simply registered disappointment, said he ‘look[s] forward to a fresh start’ with his American counterpart, and moved on.”

In a post that summarizes the clean energy advantages that could be open to Canada, they note that “in focusing on climate and clean energy solutions, Trudeau and Obama are looking for a ‘fresh start’ in the right direction.”

In an opinion piece published in the National Observer Tuesday, The Energy Mix curator Mitchell Beer says the critics of Obama’s announcement missed the most obvious reason to cancel the Keystone project.

“They’re blaming the decision on U.S. domestic politics over which a Canadian company has no control. They accuse Obama of favouring ‘misplaced symbolism’ over substance and discuss whether TransCanada could reintroduce the project after the 2016 presidential election. They give serious thought to whether U.S. decision-makers might be ever so slightly miffed if the company sought NAFTA compensation for the cancellation,” he writes. (D’ya think??)

“They’re pulling out all the stops to read Obama’s mind, rather than just reading his lips,” which means “they’re missing the fatal flaws of the project that made its cancellation inevitable.” Smith, Woynillowicz, and Beer all pulled the same quote out of Obama’s remarks in the Roosevelt Room of the White House:

“If we want to prevent the worst effects of climate change before it’s too late, the time to act is now. Not later. Not someday. Right here, right now.”

Beer and GreenBiz Associate Editor Lauren Hepler also pointed to Obama’s argument that “ultimately, if we’re going to prevent large parts of this Earth from becoming not only inhospitable but uninhabitable in our lifetimes, we’re going to have to keep some fossil fuels in the ground rather than burn them and release more dangerous pollution into the sky.” That argument added up to “one particularly forward-looking—and particularly controversial—line of reasoning,” Hepler writes.

“In the end, it may turn out that Obama’s supposedly capricious, symbolic, job-killing announcement was the thing that saved TransCanada from a messy financial fiasco,” Beer writes. “He shouldn’t hold his breath waiting for a thank-you note.”