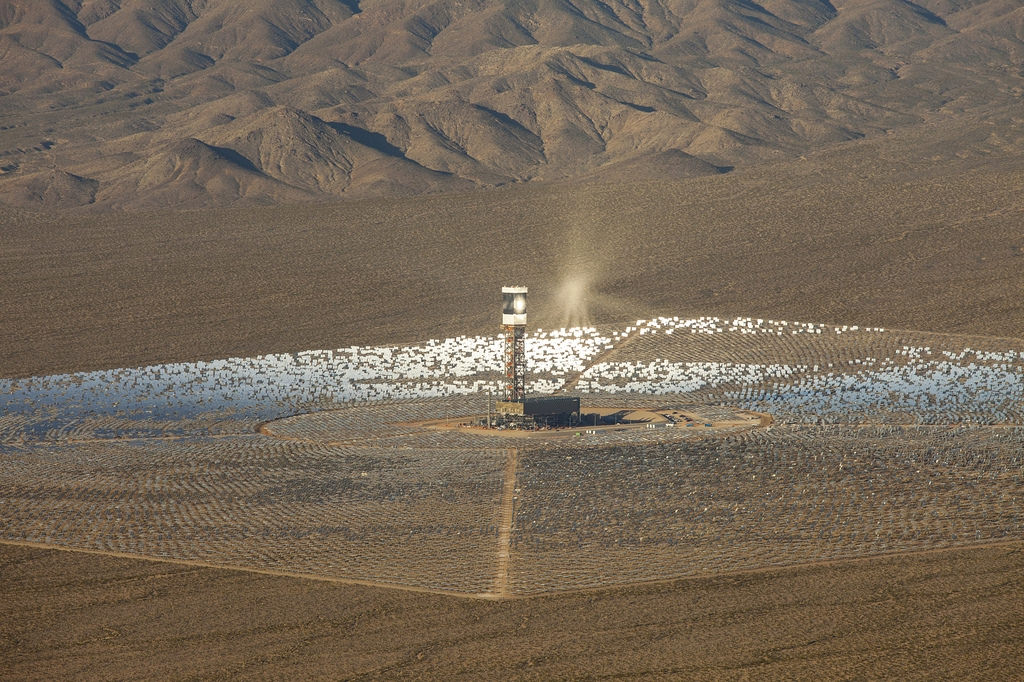 The Ivanpah concentrating solar plant in California’s Mojave Desert consumes so much natural gas that it qualifies as a greenhouse gas emitter under state law, according to news reports over the last month.

In its first year of operation, Ivanpah burned enough gas as a supplementary fuel to produce more than 46,000 tonnes of carbon dioxide emissions, the Press Enterprise reports.

“That’s nearly twice the pollution threshold for power plants or factories in California to be required to participate in the state’s cap-and-trade program to reduce carbon emissions,” Danelski writes. Plant operator NRG Energy says the plant was always expected to burn “small amounts of natural gas” to “jump-start the solar generating process,” he adds.

The gas is used to “optimize the amount of electricity produced from the sun by preparing the facility each day to utilize the solar resource as soon as practically possible, and safely,” said NRG spokesperson David Knox.

David Lamfrom, Desert Project Manager with the National Parks Conservation Association, said he doubted Ivanpah would have been built—with considerable political support—had it been recognized as what amounts to a hybrid facility.

“It feels like a bait and switch,” he told Danelski. “This project was held up as a model of innovation. We didn’t sign up for greener energy. We signed up for green energy.” (h/t to InsideClimate News for pointing us to this story)