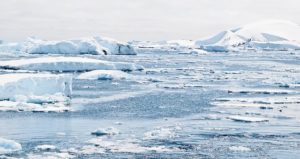 With three weeks to go before delegates gather in Paris for the long-awaited United Nations climate summit, the World Meteorological Organization (WMO) and the Met Office at Britain’s University of East Anglia both warned that the earth is passing critical thresholds as atmospheric greenhouse gases continue to accumulate.

In separate reports issued Monday, the WMO reported that atmospheric carbon dioxide levels exceeded 400 parts per million in the first few months of the year, while the Met Office concluded that average global warming since the dawn of the Industrial Revolution now exceeds 1ºC (1.8ºF).

“We will soon be living with globally averaged CO2 levels above 400 parts per million as a permanent reality,” said WMO Secretary General Michel Jarraud.

“We can’t see CO2. It is an invisible threat, but a very real one. It means hotter global temperatures, more extreme weather events like heat waves and floods, melting ice, rising sea levels, and increased acidity of the oceans. This is happening now, and we are moving into uncharted territory at a frightening speed,” he added.

Peter Stott, head of climate monitoring and attribution at East Anglia, cited the 1ºC milestone as evidence of “unequivocal warming” of the planet. “As the world continues to warm in the coming decades, however, we will see more and more years passing the 1º degree marker,” he said. “Eventually, it will become the norm.”