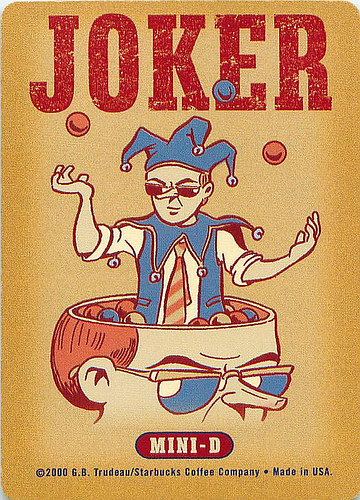 The Doonesbury comic strip channeled research by InsideClimate News yesterday, with a cartoon that lampooned Exxon’s failure to disclose its early research on the dangers of climate change and its connection to fossil fuels.

In the strip, perennial character Jim “Honest Man” Andrews appears as a guest on DJ Mark Slackmeyer’s radio show, taking on the role of a retired Exxon executive.

“When I was at Exxon in 1978, our own scientists alerted us to global warming, so we sprang into action!” Andrews recalls. “We suppressed their findings, declared the facts ‘controversial’, and sent the memo to Conservatives in Congress.”

Slackmeyer asked Andrew what kind of world he was leaving his grandchildren. “Not an issue,” the retired exec responded. “I warned my children not to have any.”