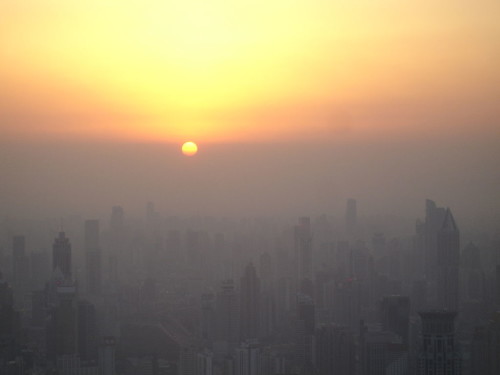 The news that China has underreported its coal consumption since 2000 won’t hamper the drive for a global climate agreement at the UN summit in Paris—partly because the data behind the New York Times’ bombshell report two days ago is already reflected in the UN’s calculations of the progress countries have made toward reducing greenhouse gas emissions.

“The underreporting isn’t even news to energy experts and climate negotiators,” ThinkProgress reported yesterday. “And the fact that China is revising its coal numbers can actually be seen as a step forward in its overall climate policy.”

“We have known for some time that China was underreporting coal consumption,” Nicole Ghio of Sierra Club’s International Climate Program told Geiling. “The fact that the Chinese government is now revising the numbers to more accurately reflect the real consumption is a good thing.”

Li Shuo of Greenpeace East Asia said the data in the New York Times report came from the latest in a series of statistical revisions the Chinese government conducts every five years. The numbers were first reported in February, but the Times picked them up from a statistical yearbook released last week.

“This is not entirely news,” Li explained. “The information in relation to this particular issue has already been known for at least a year and a half.”

Crucially, “most studies published since the beginning of the year already take these revised statistics into account—including the INDC Synthesis Report that recently came out of the United Nations,” Geiling writes. “That means that, when it comes to climate negotiations in Paris, China’s underreporting of coal consumption shouldn’t have much of an impact at all.”

Even more important, “knowing that China consumed more coal in the past also does not change the fact that coal consumption is falling now,” Ghio added. “Moreover, the Chinese reduction targets are based against the old numbers, which means consumption will drop even more rapidly to make up the difference.”