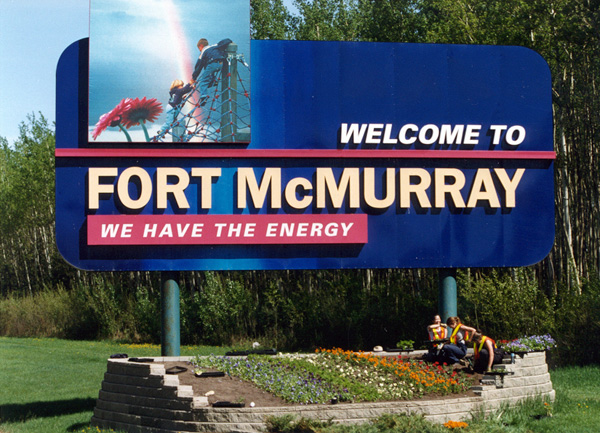 Fort McMurray, Alberta is being pushed to the breaking point, as crashing oil prices push tens of thousands of riggers, welders, pipe fitters, and heavy-haul drivers out of the local job market.

“During the boom times, Fort McMurray attracted workers from across the country, from British Columbia to Newfoundland. Now, those days feel like another lifetime ago,” the National Observer reports. The city’s 75,000 permanent residents are left to cope with a 45% drop in home sales, 20% lower home prices, and a rental vacancy rate approaching 20%.

“It’s a stark contrast from life during the boom times when Fort McMurray was filled to overflowing, the vacancy rate was zero, and even hotels were booked solid by workers flown in to address a labour shortage,” Hergesheimer writes. As the slowdown deepens, “social service agencies in Fort McMurray—particularly those addressing mental health—are dealing with an increase in demand as a result of the downturn.”

The Observer articles goes through the range of services, from the local soup kitchen and food bank to mental health, that are stepping up to help families hold their lives together. “Like all resource-industry towns, [Fort McMurray] has endured previous booms and busts—the cost of hitching your wagon to the shooting star of commodity prices.” But “this one has been longer and deeper than anyone imagined.”