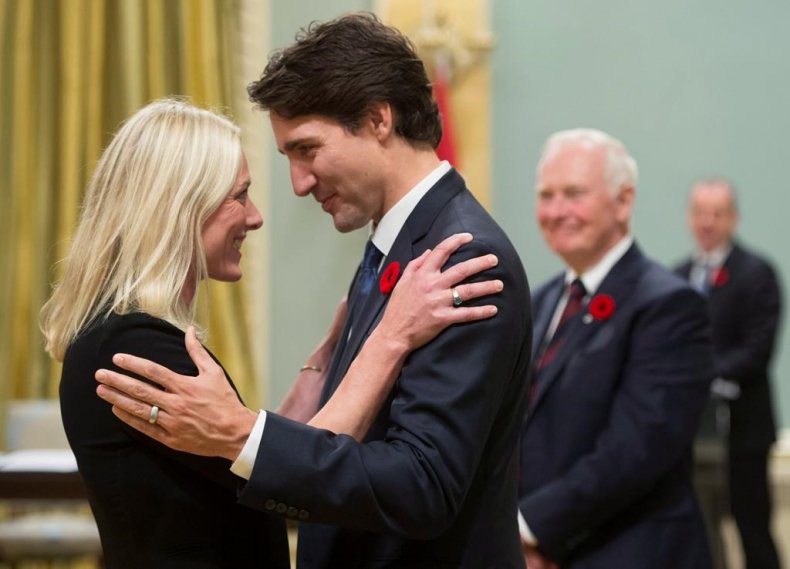 A swearing-in ceremony Tuesday morning that brought Canada its first Minister of Environment and Climate Change is “spooking” some Alberta oilpatch pundits who fear Prime Minister Justin Trudeau might be serious about grappling with climate change.

“We’re going to figure out a plan to actually make a huge reduction in emissions, and show that Canada is back,” said Minister Catherine McKenna (L-Ottawa Centre), in a quote that led off yesterday’s edition of The Dirt, produced by Vancouver-based Tar Sands Solutions. “We believe that climate change is a significant problem and we need to play a significant role to tackle it.”

Trudeau’s decision to rename McKenna’s department “is the strongest signal yet that Canada’s new government is serious about tackling carbon emissions,” the Globe and Mail reports. “The portfolio’s new name alone immediately worried executives in the oil patch, which has already been battered by low crude prices and is nervous about the Alberta NDP government’s plans to crack down on carbon.”

“You’re really attacking the energy industry. That’s what climate change is all about,” said Murray Mullen, CEO of Mullen Group Ltd. “It is all about attacking carbon.”

But “we’re all going to be affected by climate change,” acknowledged Chief Allan Adam of the Athabasca Chipewyan First Nation, some of whose members operate energy service companies in the Alberta tar sands/oil sands. “If we don’t get a grip on it, we’re going to send this province into another recession…We’re going to hurt ourselves.”

Earlier in the week, CBC reported that McKenna is inheriting an “uphill battle” to reduce Canada’s greenhouse gas emissions after years of inaction by the Harper government.

“A department memorandum prepared in June for the deputy minister of finance, obtained under the Access to Information Act, provides an overview of all the federal measures taken since 2006 to cut carbon emissions,” writes reporter Margo McDiarmid. “It shows that federal efforts will make only a small dent and that some of the programs that have worked the best are the simpler ones that were cancelled by the Conservative government.”

The review of more than 20 federal programs “concludes the measures will reduce emissions by 40 megatonnes annually by 2020,” she adds. “That means the federal government would be responsible for less than a third of the 130-megatonne reduction in carbon pollution Canada is projected to achieve by 2020. The remaining 90 megatonnes of projected cuts would be achieved by the provinces and cities.”