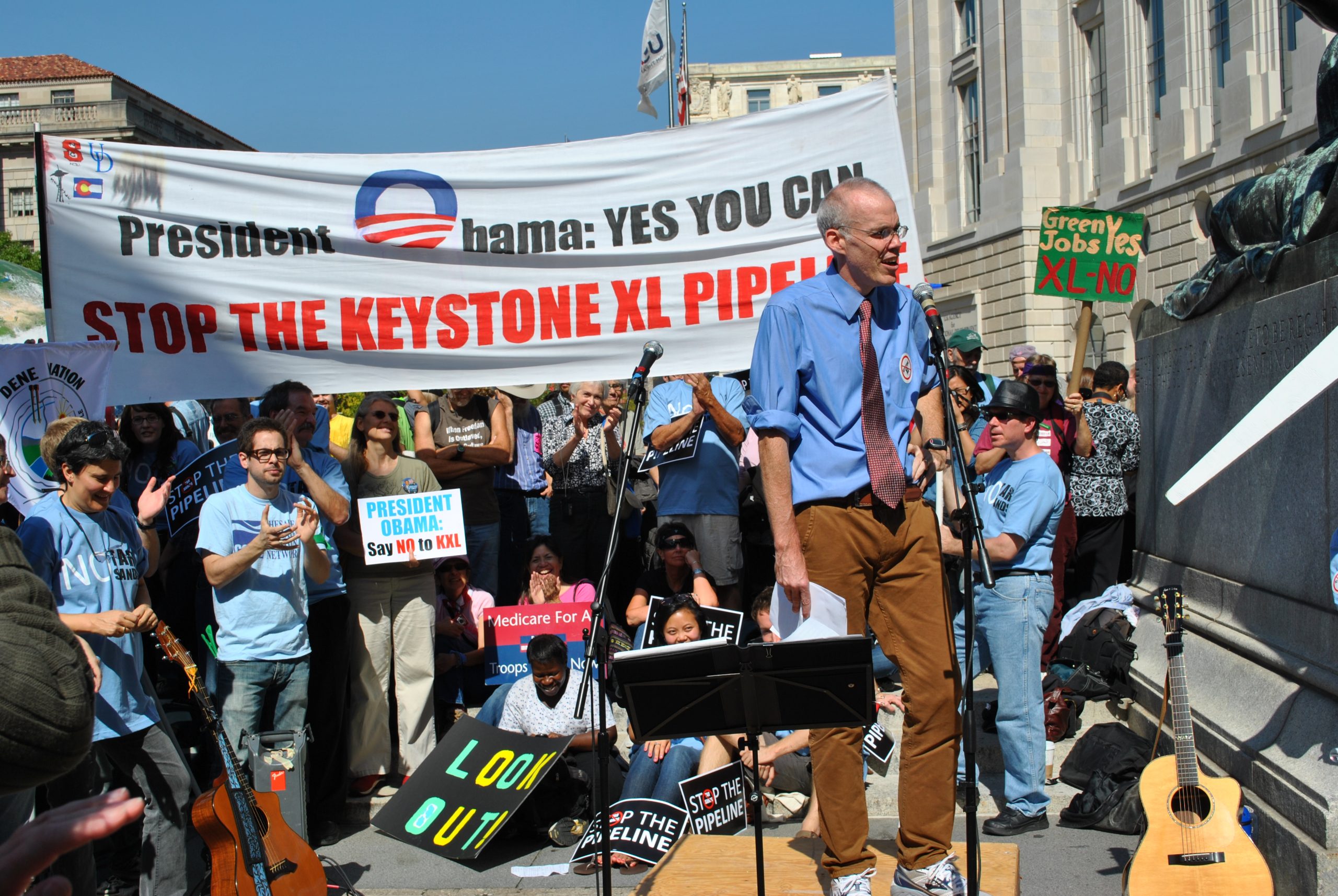 Opponents of the controversial Keystone XL pipeline unleashed a torrent of reaction yesterday after TransCanada Corporation asked the U.S. State Department for a “pause” in its project assessment, citing an obscure review process in Nebraska in the hopes of pushing the decision past the end of President Barack Obama’s term of office.

“Clearly TransCanada has lost and they recognize that. It’s one of the great victories for this movement in decades,” said 350.org co-founder Bill McKibben. “It’s time for the current umpire, President Obama, to reject this project once and for all, and go to Paris as the first world leader to stop a major project because of its effect on the climate.”

Politico reporter Elana Schor reports that “the plea by the Calgary-based pipeline giant, which recently cut jobs amid swooning crude prices that have walloped Canada’s oil patch, promises to further elevate Keystone as a presidential campaign issue,” since Nebraska’s decision on the pipeline route will take another seven to 12 months.

But Anthony Swift, Director of NRDC’s Canada Project, notes that “TransCanada has no authority to suspend the federal government’s decision-making process for Keystone XL. TransCanada can only make a case to the State Department to delay its decision, and the case it makes is a poor one.”

In contrast to 2014, when uncertainty over the pipeline route was compounded by the need to dig through an unprecedented 2.5 million public comments on the project, “the [Obama] administration should have more than enough information to reject the controversial Keystone XL tar sands pipeline on grounds that have nothing to do with the pipeline’s route,” Swift writes. “It would be a needless waste of public resources to allow Nebraska to go through a long routing process if the administration has sufficient information to reject the federal permit,” on the basis that the pipeline fails Obama’s climate test.

Energy policy analyst Kevin Book of Washington-based Clearview Energy Partners underscored TransCanada’s real reason to push for a pause, commenting that “if you think you’re going to get a ‘no,’ it may be better to wait.” Still, “the surprise is that it’s the sponsor itself that seems to be pushing for the delay, rather than the administration seeking to avoid a politically difficult decision.”

By Tuesday afternoon, Sierra Club was out with a write-in campaign urging the U.S. administration to reject Keystone once and for all. “TransCanada is cynically trying to stop your administration from making a final decision on Keystone XL, and that’s not acceptable,” reads Sierra’s template letter to Obama. “After years of hectoring your administration for taking the time to do a thorough environmental assessment, they don’t want you to make a decision because they know you’ll make the right one: rejecting Keystone XL once and for all.”